The design of Kingfisher 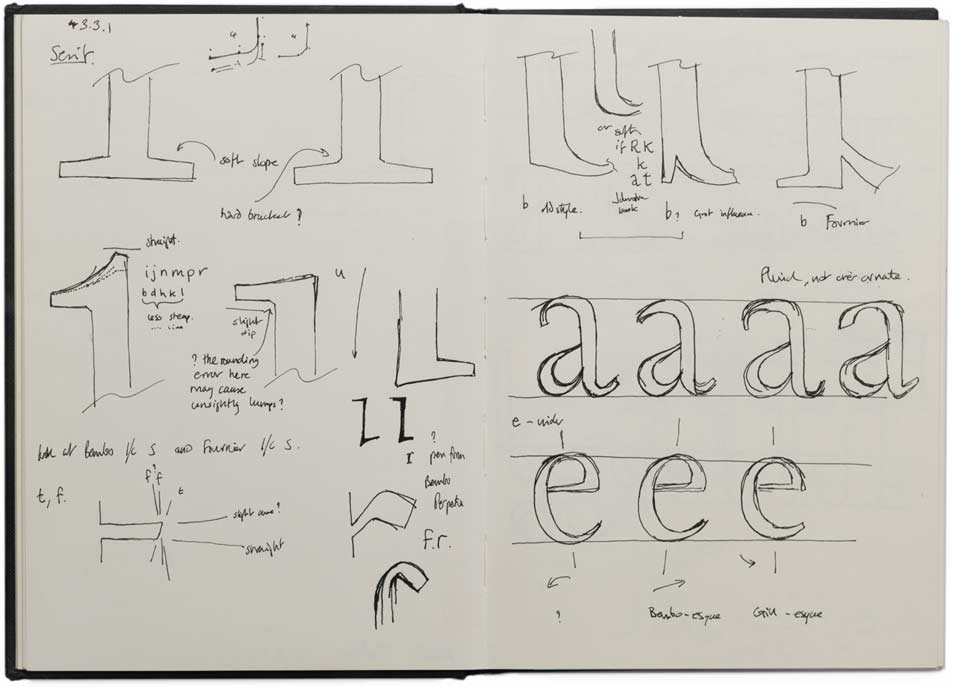 The concept of making text type interesting to the eye in order to make the reading experience a better one, has been discussed many times.

The human eye registers an incredible amount of detail as it scans a text. One of the tricks with designing a text type is to add the right amount of interest for the eye without distracting the reader.

As time and technology march on we tend to look back with nostalgic eyes. For many, there has never been a finer letter than the roman of Nicolas Jenson used for his Eusebius De Evangelica Praeparatione, 1470. Others maintain that letterpress types, irrespective of how they’re printed, are superior to those types from photoset and digital eras.

The argument is that more modern font production methods have resulted in rigid, soulless type, which perhaps doesn’t capture and hold the interest of the eye. If we look closely at such assertions we can often find some truth in them. However, we need to remember that the industrial changes we’ve seen are not all bad. Printing today is of a quality unimaginable a few decades ago. Such quality can be hugely beneficial to the final appearance of printed types. In letterpress printing the type is pressed into the paper. The ink squashes and spreads over the edge of the inked characters, thus changing the image of the letter a little. Metal letters also wear down and distort with use. With contemporary offset and digital printing, there is no degradation of the type. The letters of a digital font will maintain the same quality every time they’re used. 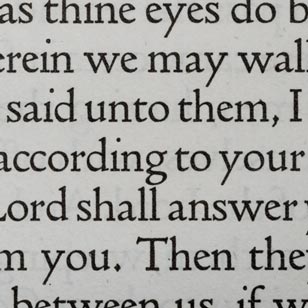 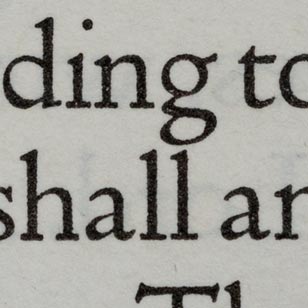 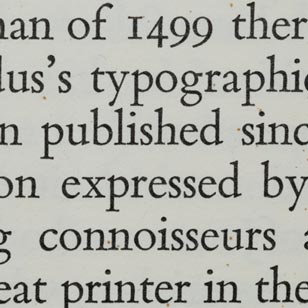 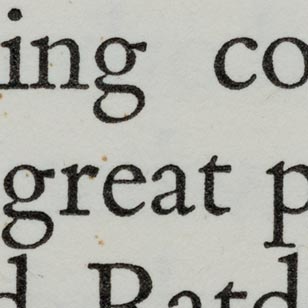 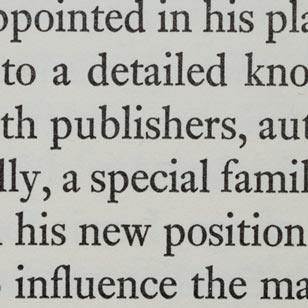 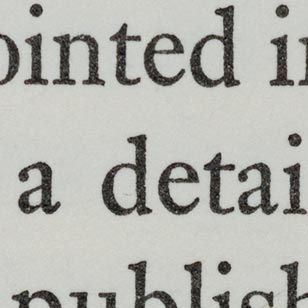 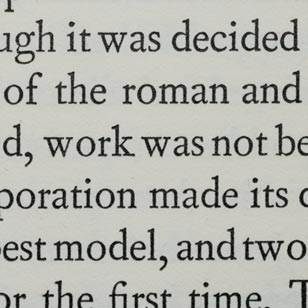 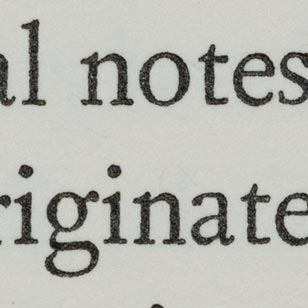 Kingfisher began by looking closely at a handful of letterpress types and especially their printed image; The Doves Type, Bembo, Fournier and Ehrhardt [figs 2–9]. Beyond the quality of presswork, paper, ink and typographic skill, I wanted to discover more about the contribution that serif structure, stroke weight, proportion and spacing could have on the success of the printed result. And if a type alone could function successfully without the contributing effects of letterpress.

The Doves Press was founded in 1896 in Hammersmith by T. J. Cobden Sanderson and Sir Emery Walker. The type they created was based on the 1470 Jenson and hand-cut by Edward Prince. It existed in one size only (about 16 point) and sets extremely well [figs 2, 3]. Bembo originates from the type used in Cardinal Bembo’s De Aetna printed by Aldus Manutius in 1495. Monotype’s metal version of 1929 is hard to beat when printed well by letterpress [figs 4, 5]. Ehrhardt was developed from a type of the 17th century cut by attributed to Nicholas Kis. It’s a slightly narrow, dark letter with a tall x-height and close fit [figs 6, 7]. Monotype Fournier is a facsimile rendition of a text type cut by Simon Pierre Fournier c.1742 and is classed as an early transitional letter, sharing qualities of old face serifs with a modern crisp lightness and openness  [figs 8, 9]. 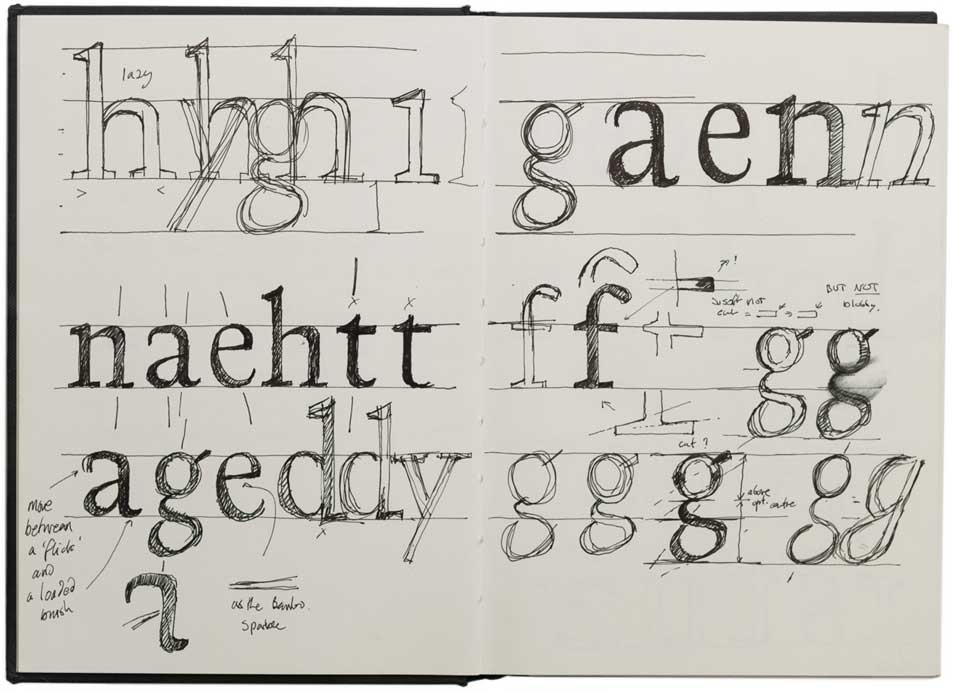 10. Initial thoughts looking at how different angles of stress can be incorporated to impart a subtle restlessness and lean to a line of text 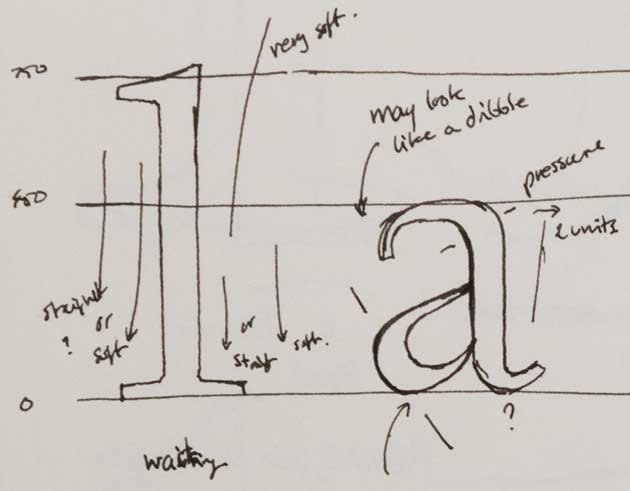 11. Subtle modelling in the stem creates a slight visual lean

Within the constraints of type designed for continuous reading, it’s often said that a good type should be invisible. If a type overwhelms with ideas of beauty, or too much quirky originality, or is just outstandingly different, then it functions less well as a text type and is better suited to display contexts. Even tiny details handled badly or missed opportunities to improve consistency, will work against its primary function. Conversely if a type has too little aesthetic detailing or formal interest, it can become monotonous to view, causing the eye and mind to wander. 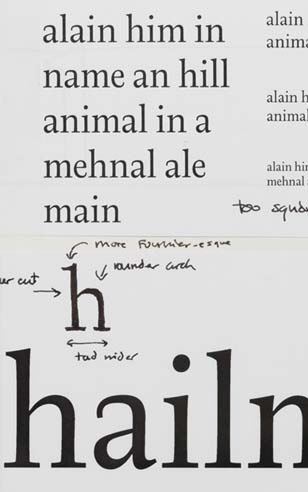 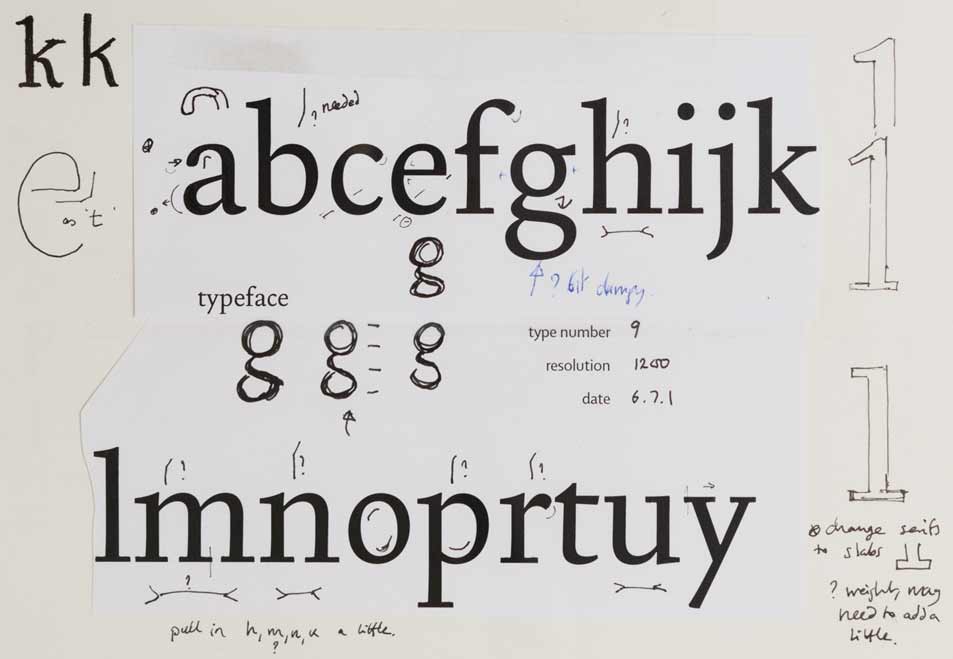 13. As the design progressed, letter shapes were changed and tightened 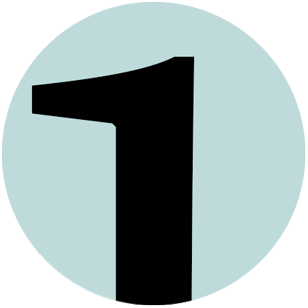 14. The top pulls to the right 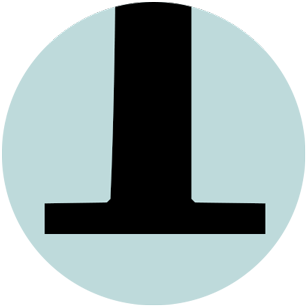 15. The bottom pulls to the left

An interesting view is that the craftsman who originally cut metal type (the punchcutter), was skilled enough to cleverly add subtle irregularities to the letters as they were cut. These irregularities would add character to the type and, when set and printed, keep the line of text alive and interesting to the eye. Likewise, could irregularities be incorporated into digital type to reinvigorate the reading experience. This idea was developed during the design of Kingfisher. A slight irregularity was added to the letters to make the overall flow of the type appear less rigid [figs 10, 11, 12]. Several of the lowercase characters incorporate some degree of movement together with a general illusion of a slight slope to the vertical stems. This imparts a very subtle restlessness across the line of text [figs 13—16]. 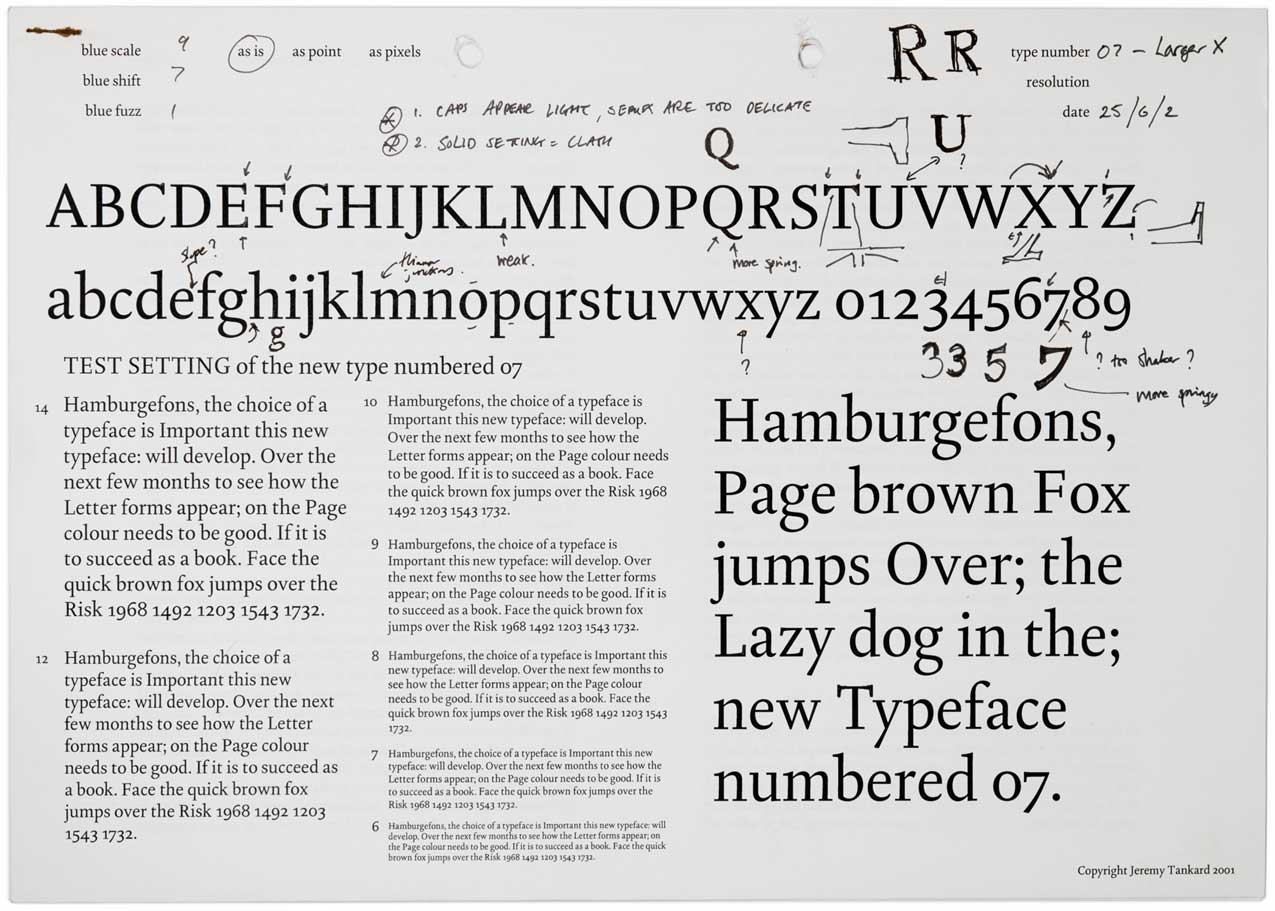 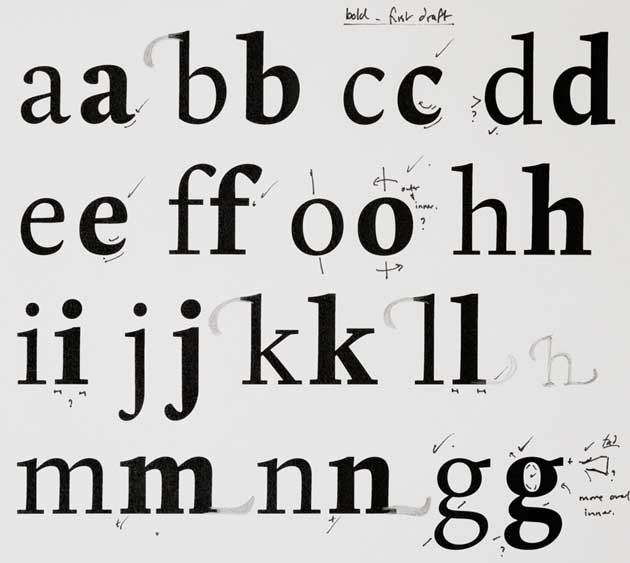 Whilst designing Kingfisher I became fascinated with the idea of a sloped roman and decided to base the italic on this principle. We readily accept the style in sans serif designs, but in a serif, they generally look wrong. This was one of the reasons for looking at Fournier’s type [figs 18, 19]. D. B. Updike states that, “Fournier abandoned the whimsicalities so agreeable in old style fonts, and made practically a sloping roman with a trimmed, mechanical line.” 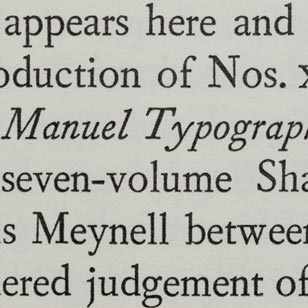 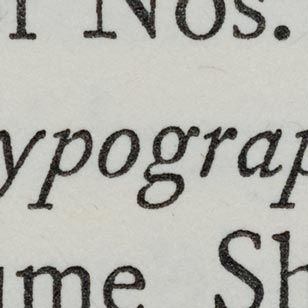 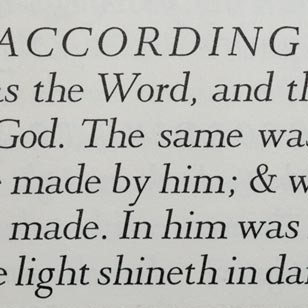 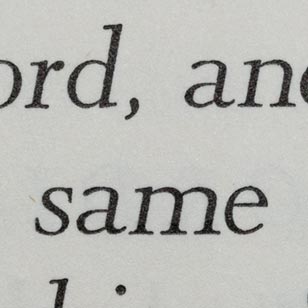 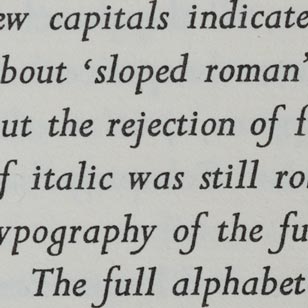 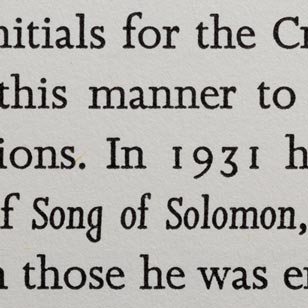 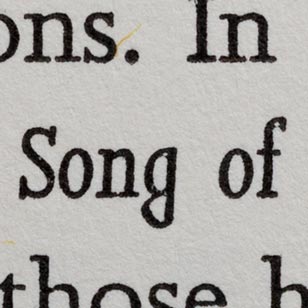 The result is hardly what we would call a sloped roman today, but it does fit with Fournier’s ideas of finding a new expression for his types. We tend to think of a sloped roman as being the result of photographic or computer distortion. So it was a surprise to read Stanley Morison’s ‘Towards an Ideal Italic’ in Fleuron V, 1926. He advocates that an italic is secondary to a roman and as such should be a sloped version of it, rather than a distinct and independent design. Morison convinced Jan van Krimpen to apply the idea of a purely sloped roman to his Romulus type of 1937 [figs 20, 21]. On viewing the finished italic, they both realised that the argument in favour of the style had been taken too far. A. F. Johnson wrote that the sloped roman of Romulus ‘may be logical, but results in a stiff and monotonous letter’. Eric Gill’s italics for Perpetua and Joanna offer a far better solution [figs 22, 23, 24, 25]. He opted for a ‘semi-sloped’ approach, using cursive letters for a, e, f, g alongside sloped letters. It’s toward this more modulated approach that I looked when designing Kingfisher italic [figs 26, 27, 28]. 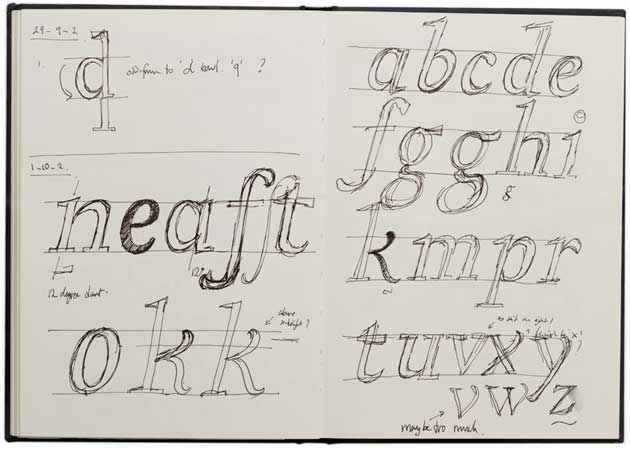 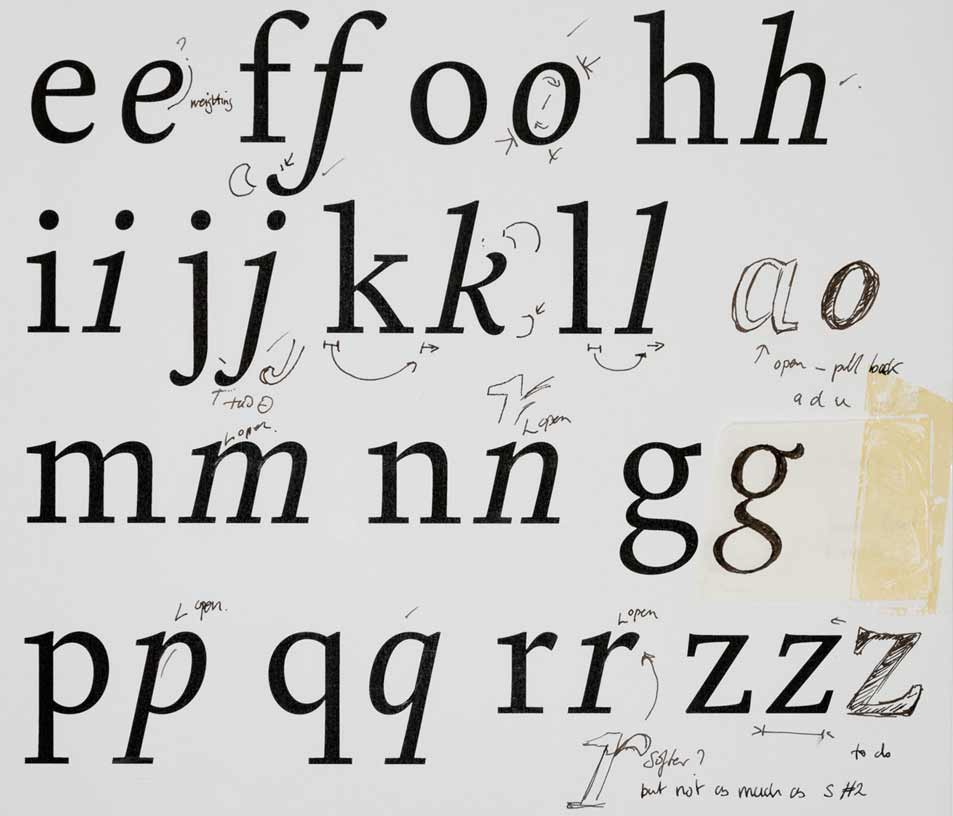 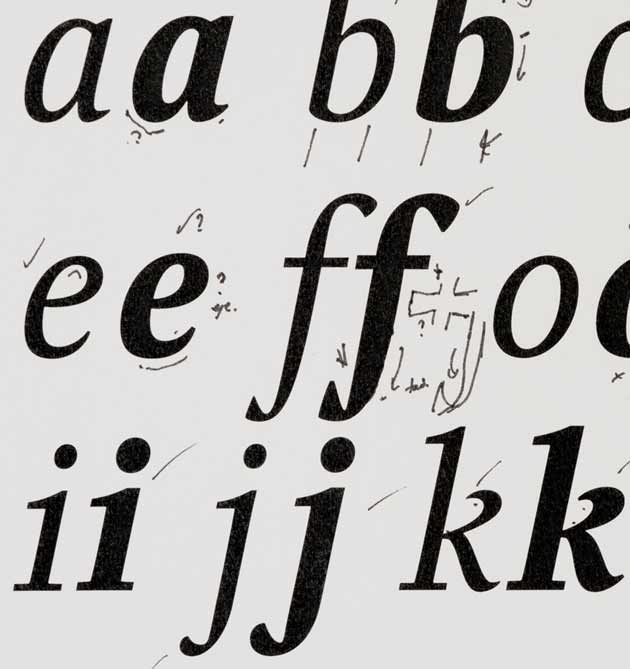 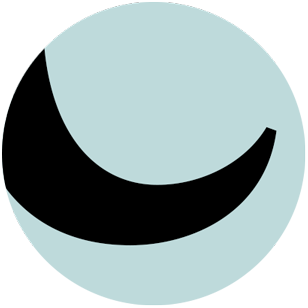 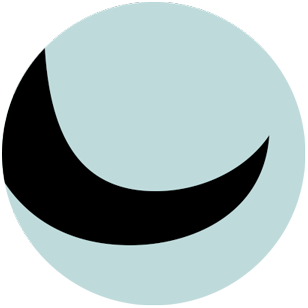