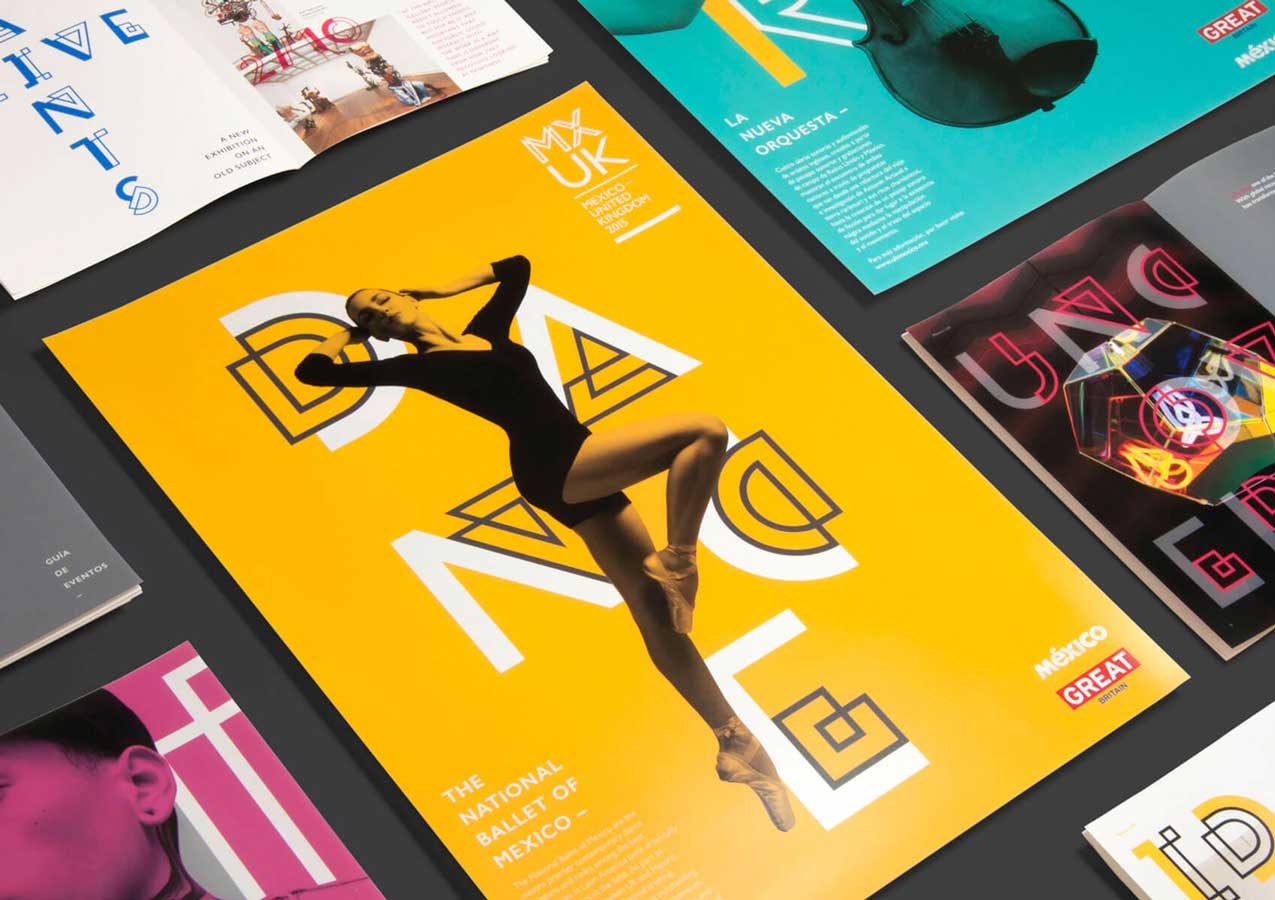 The UK in Mexico
and Mexico in the UK.

To celebrate the strong relations between the UK and Mexico, 2015 was designated The Year of the UK in Mexico and The Year of Mexico in the UK. A unique identifiedopportunity for cultural collaborations that enriched both countries in the areas of art, education, science, innovation, trade and investment. We worked closely with design company Alphabetical to fine tune their idea for a bespoke lettering. Bringing our skill and understanding of letter shape, proportion and type technology to extend and complete the graphic typeface for UKMX2015. 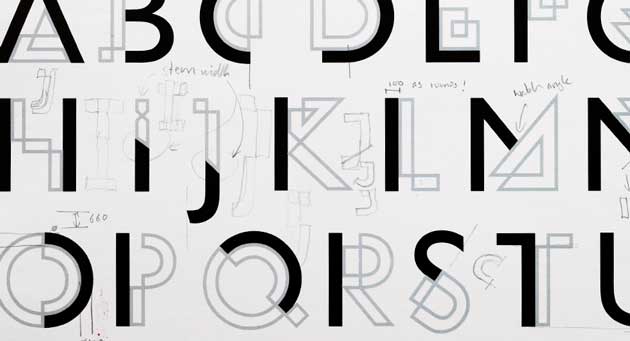 2. Review notes of the original letters 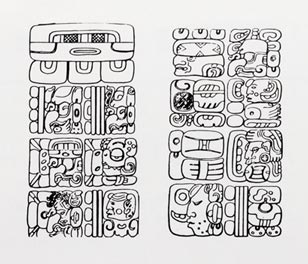 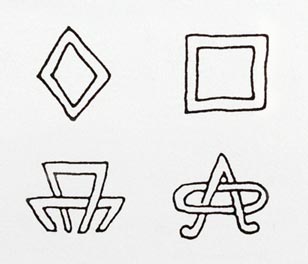 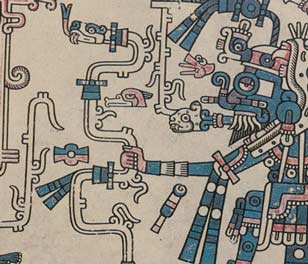 5. Strong geometric shapes seen in this detail from ‘Flood and eclipse’, Laud Codex

The typeface combines elements that reflect the spirit of each country. Solid, block shapes are used for the UK part of a letter, which are primarily drawn from the 20th century English sans serif style. These contrast and unite with decorative, geometric lines that represent Mexico; inspired by ancient Mayan hieroglyphs, patterns and architecture [figs 3, 4, 5]. 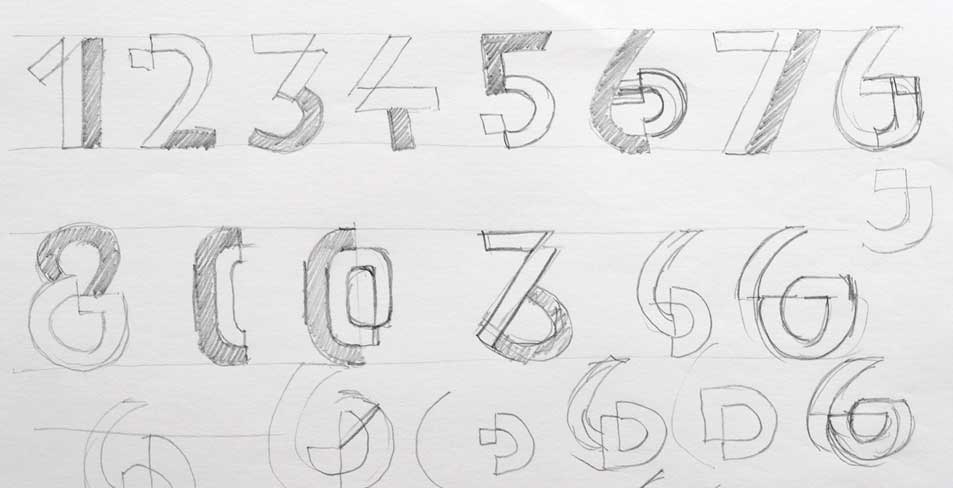 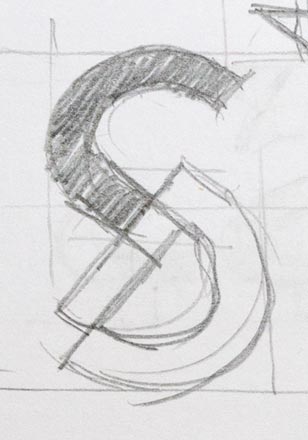 7. Sketch for the letter S 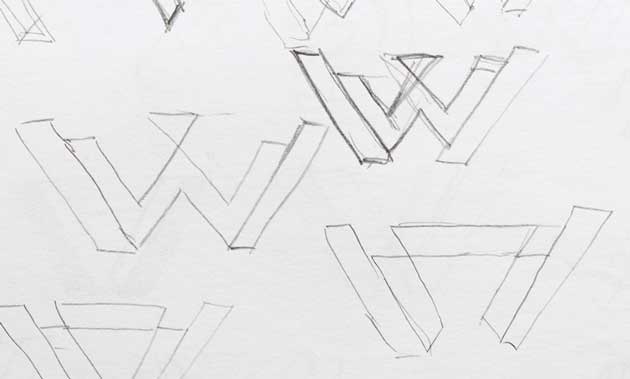 8. Exploring how to make the letter W

Our initial review of the proposed letters highlighted inconsistencies and areas that required simplification [fig 2]. There was a need to focus on a set of attributes which could define the visual language and flow through the character set. The Mexican shapes worked best when they strongly embodied a core element of the letter they were part of, such as a stem or angle. They also needed to incorporate a visual twist or crossing in their line [figs 6—9]. 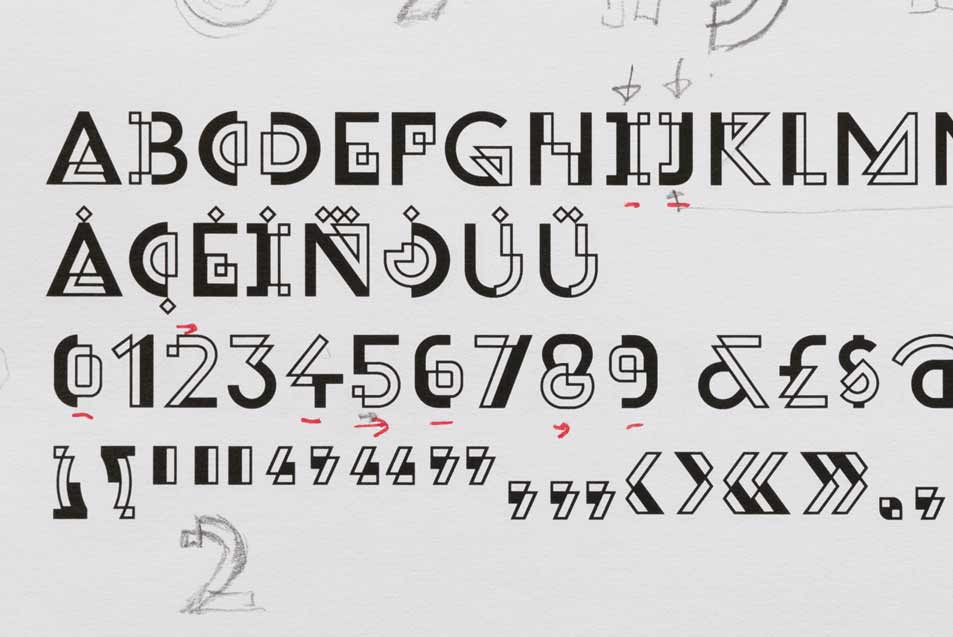 The fonts are built as individual country styles and as a combined style. This allows each part to be coloured differently, or set as a solid single colour. Some letters function clearly on their own, others require the context of a word. Primarily they’re iconographic abstracted shapes that as a whole become a visual shorthand expressing the joint year of culture. 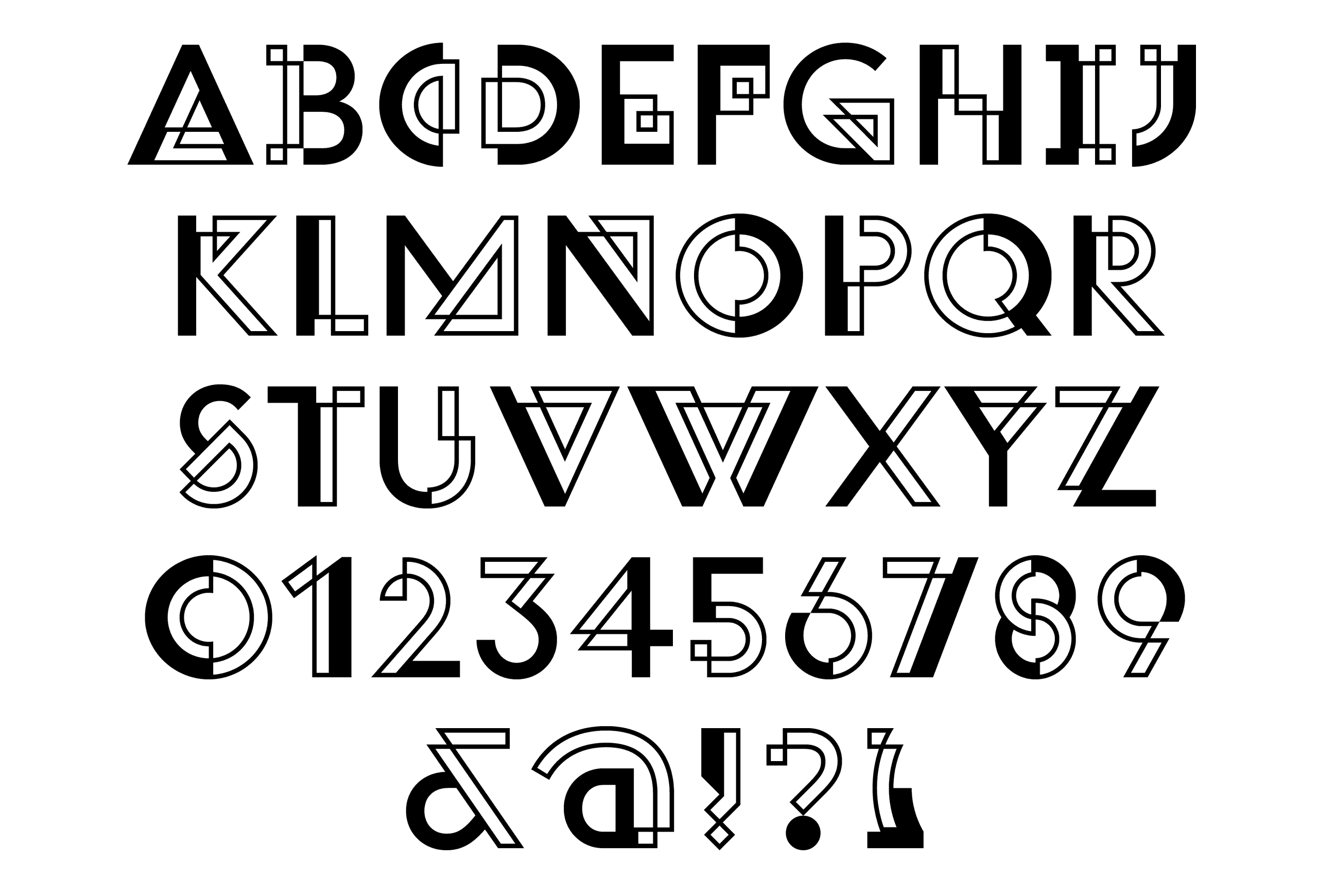 There are 3 fonts in total

UKMX Combined brings both countries together

Each font has 122 glyphs