The design of Sheffield Sans 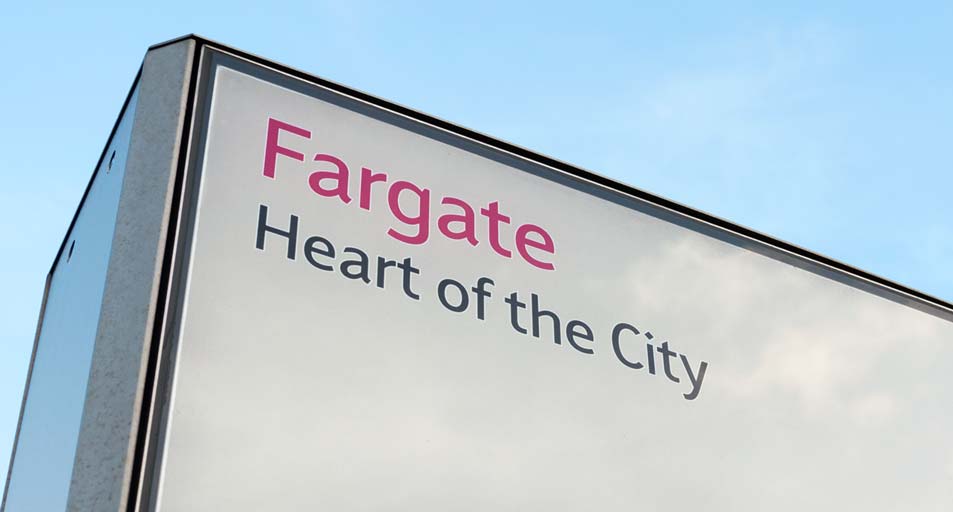 1. Sheffield Sans in use on a city centre sign

Quietly informing and directing the way around Sheffield.

When the city of Sheffield developed their city centre wayfinding system, we were approached by Atelier Works to design a typeface for the signage programme. Sheffield has a long industrial heritage, most famously for steel production, but also as the home of the respected type foundry Stephenson Blake & Co. From the start it made sense to reflect this typographic history in our design. 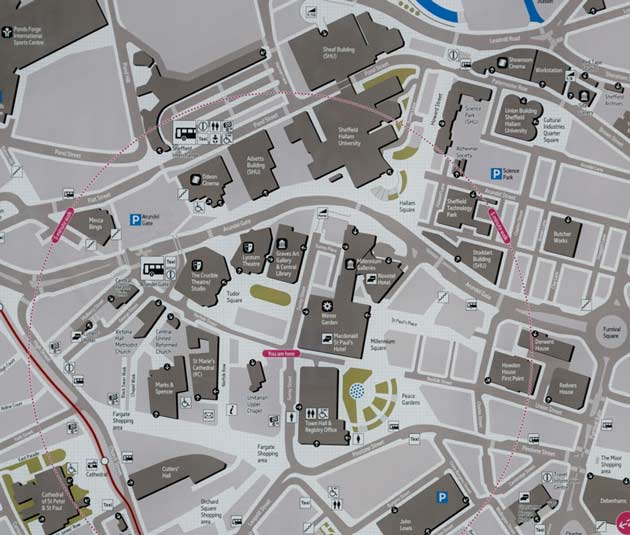 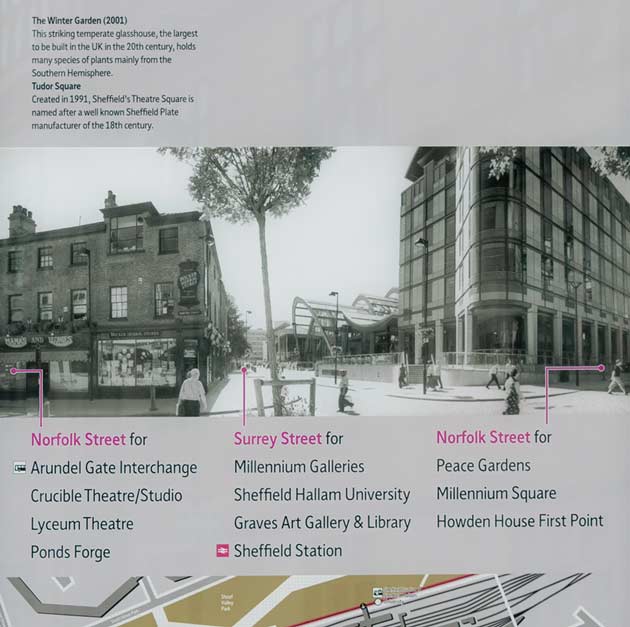 The graphics that Atelier developed combined mapping with contemporary photographs. The typeface was required to function across a broad range of typographic uses; including large headings, directional information, local interpretative notes on key buildings, timetable information, and mapping [figs 2, 3].

Atelier were interested in Stephenson Blake’s Granby Condensed type, but this was too condensed for use so it, together with the wider Granby family, became a primary source of inspiration for the new design [figs 4, 5]. We were also able to expand our typographic references to include Stephenson Blake’s wider contribution to the type designs of the late 19th century. Especially their striking Grotesque series of types which are full of warmth and visual flavour [fig 6].

Designed during the 1930s, Granby is Stephenson Blake’s contribution to the wave of geometric sans serifs being introduced by the continental foundries as well as the success of Monotype’s Gill Sans. The design of Granby itself is strongly influenced by Edward Johnston’s Underground Sans typeface of 1916. Most obviously is the diamond dot used over the i and j; a feature we retained in Sheffield Sans [figs 7, 8]. 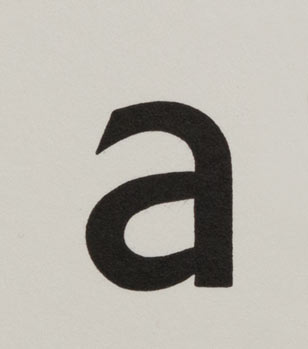 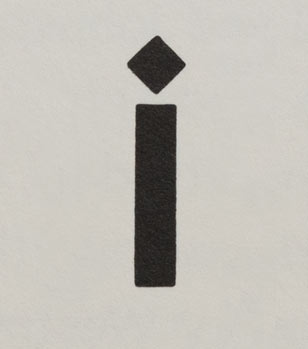 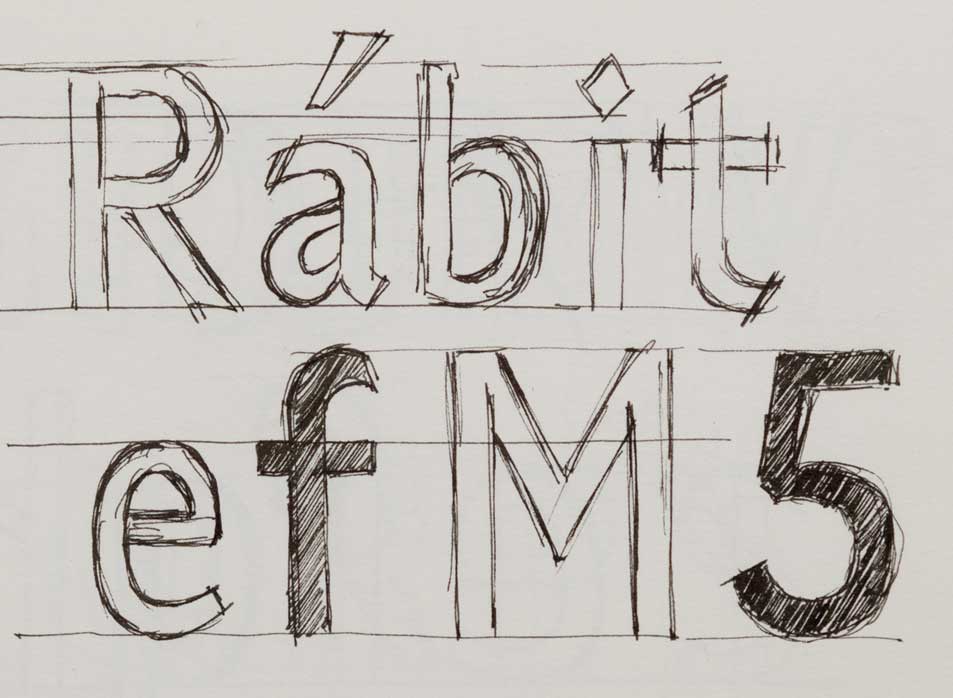 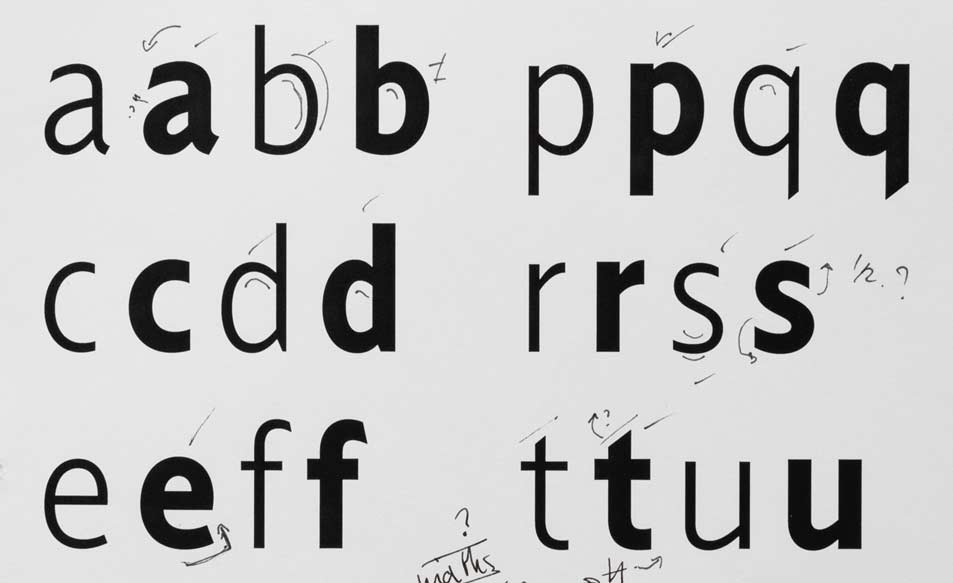 10. Stage development of the digital letters

11. Sketch showing the different treatments of q, p, d, b together with a note highlighting the cut top of the l 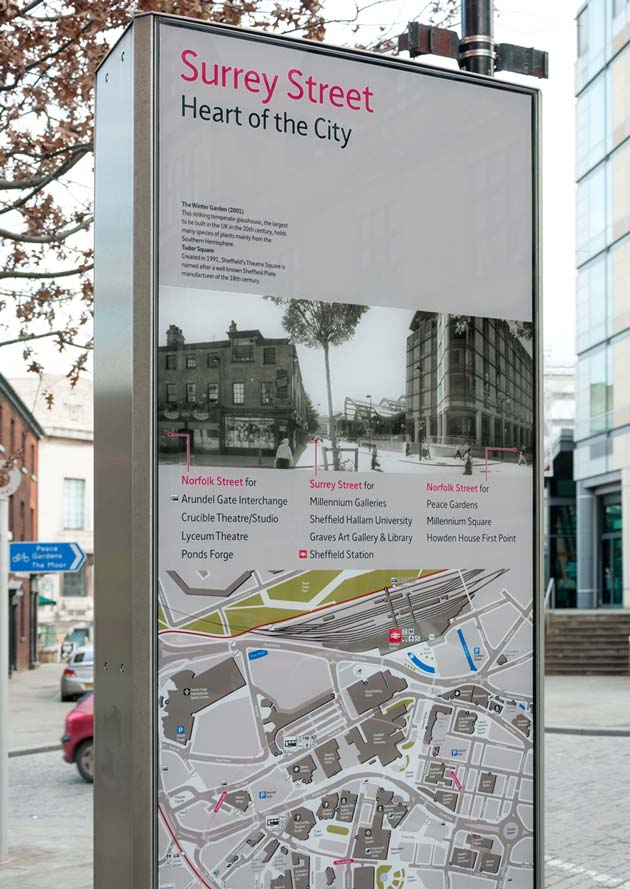 14. Finished wayfinding sign in situ on the streets of Sheffield 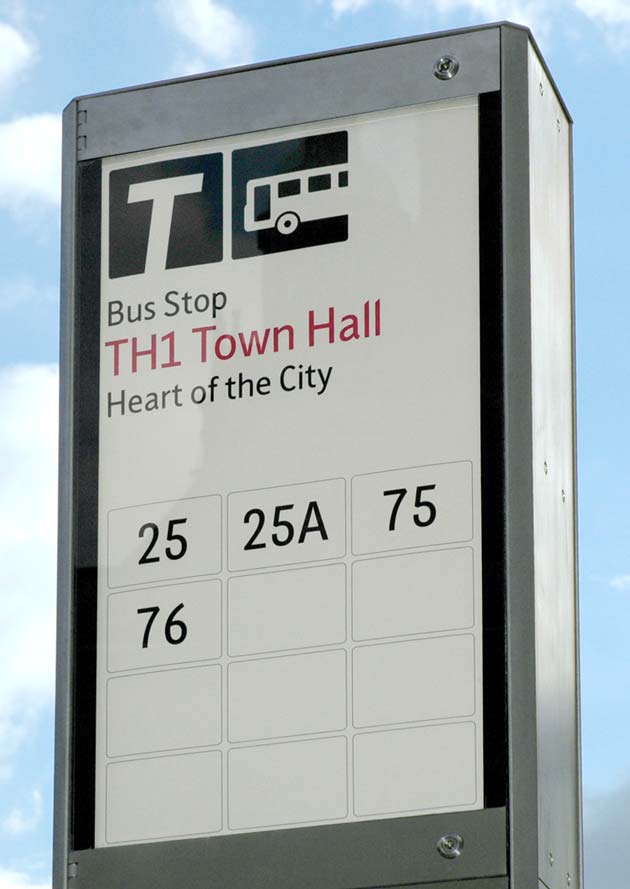 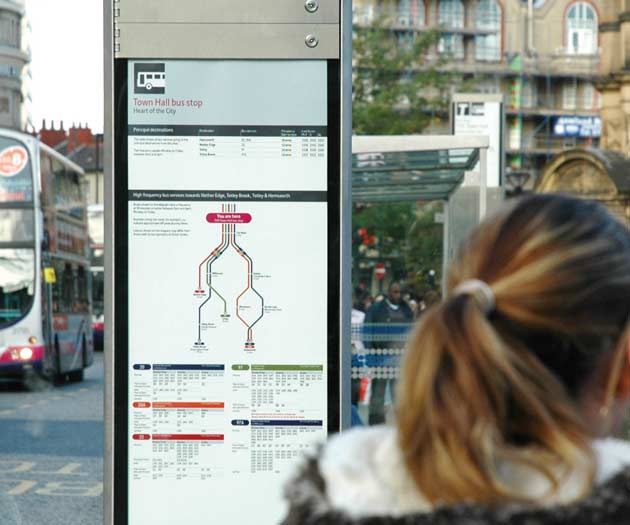 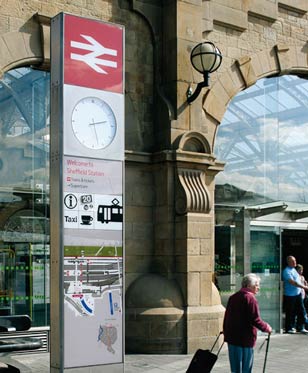 17. Sign positioned outside Sheffield station showing the full height of the modular system 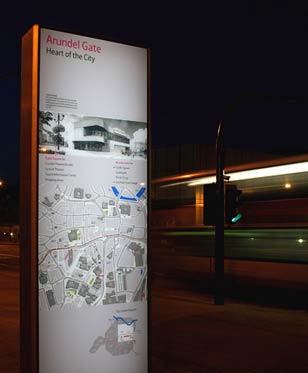 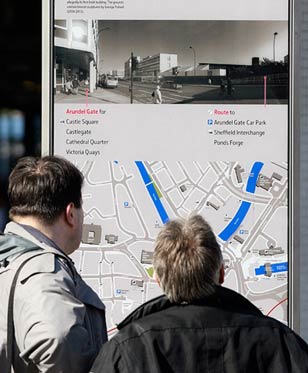 The public release of this typeface is named Wayfarer, for which we increased the character set, extended the range of weights, and added an italic. 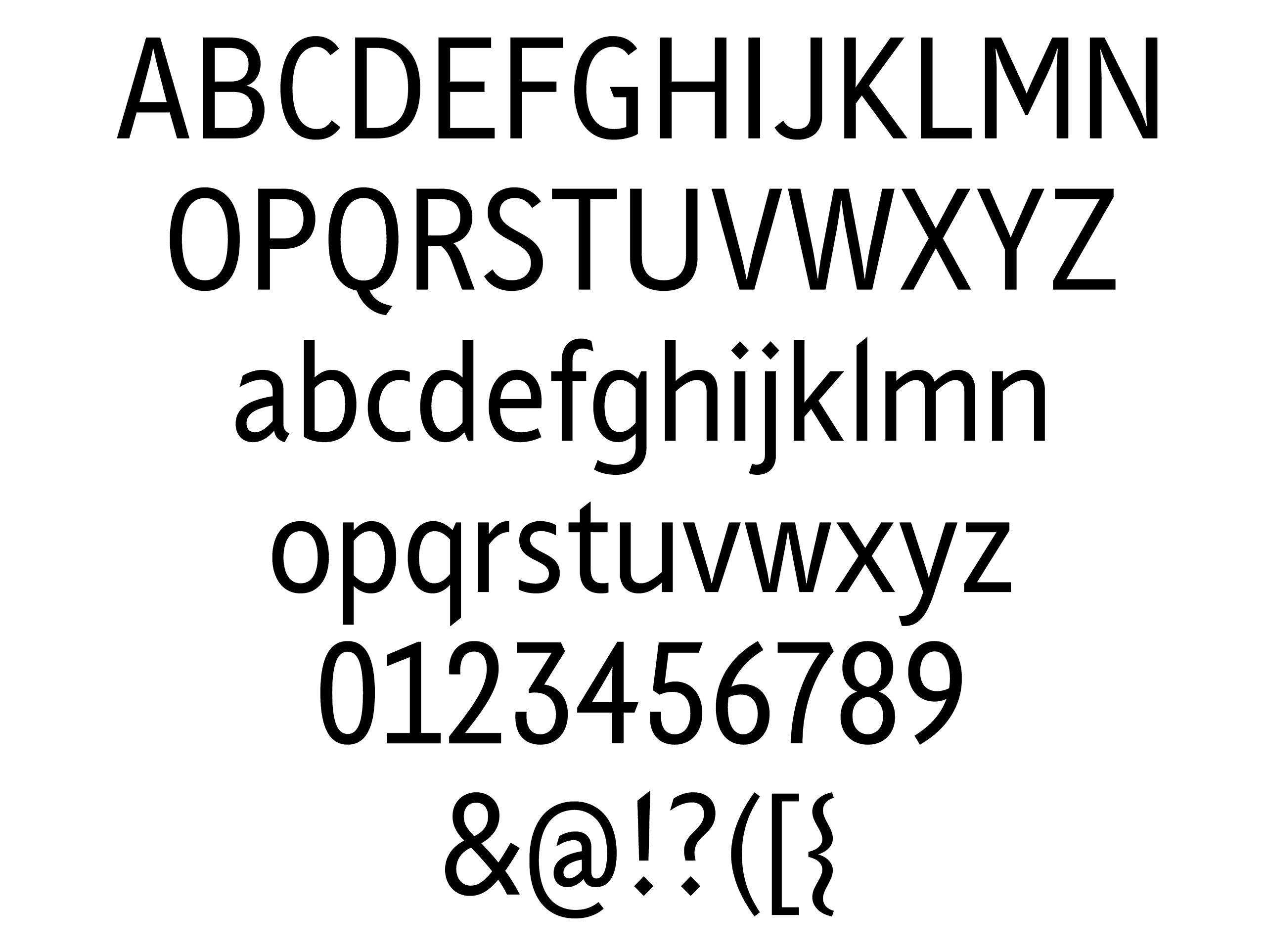 —. Signs:lettering in the environment, Laurence King, 2003

Each font has 305 glyphs