The design of Shire Types Nutshire

A unique version of the Shire Types for use by Reese’s.

Reese’s is an American confectionery containing peanut butter and chocolate. We worked with the US office of Turner Duckworth to create a bespoke font the global introduction of this iconic US brand. The type needed to incorporate the distinctive ridge motif from the Reese’s Cup as well as a stylised shape of a peanut. 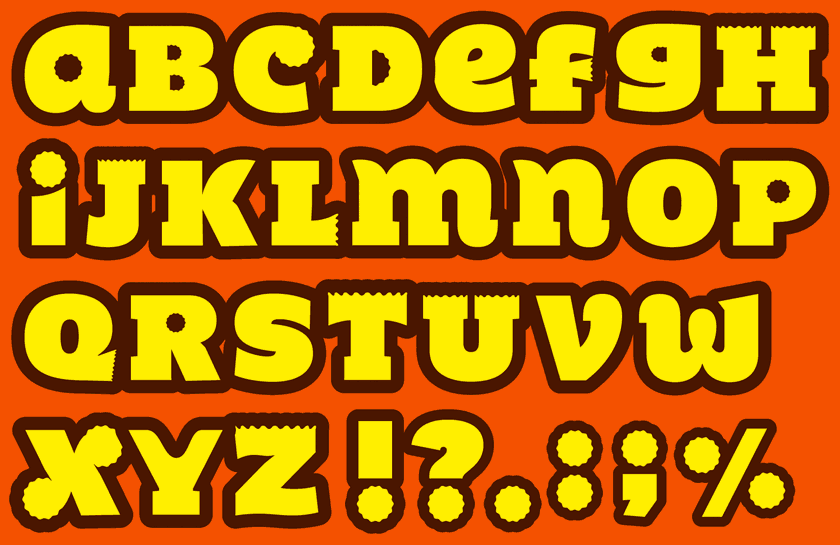 1. Initial ideas for modifying the Shire Types show the awkward joining of the Reese’s Cup to a letter stem in the C and X

Some of the initial ideas for the font tried to combine the circular motif more widley across the character set. This revealed problems of how to best join the ridged circle into a stem [fig 1].

The detailing of the ridges had to reflect the Reese’s Cup as closely as possible. They also needed to maintain a similar frequency when applied to letter stems of various widths, and the profile of the ridges had to start and end at a rise [figs 2, 3]. Peanut shapes were used for the counters of several letters in preference to a circular Reese’s Cup, which created awkward relationships [fig 4]. However, the Reese’s Cup was used where round shapes appeared as complete forms, such as the O and punctuation dots. 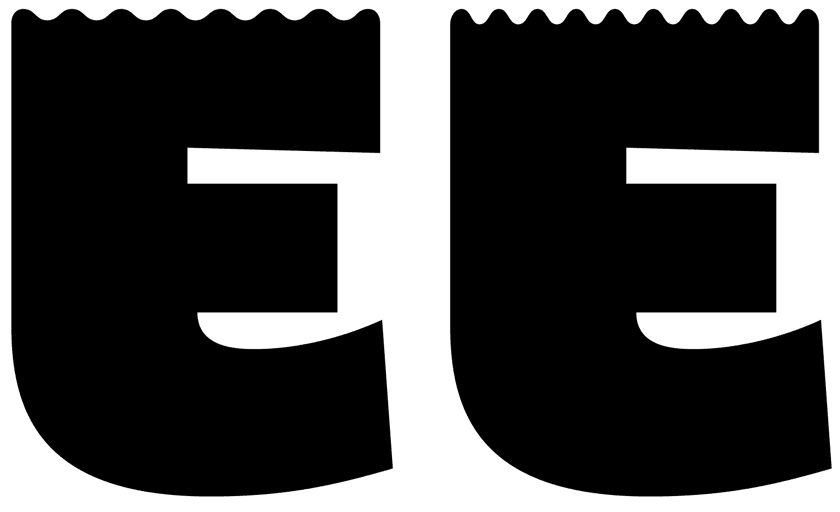 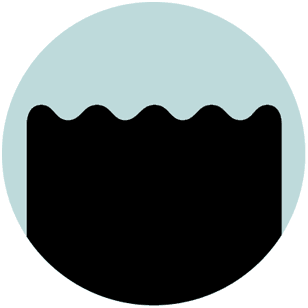 3. Ridges across the top of a stem all had to appear equal

4. The first D shows the awkward weight of the bowl, the second is better but compromises the Reese’s Cup too much, the stylised peanut shape shown in the third D avoids the visual problem

Only a selection of letters were ‘nutified’ so when mixed with normal Shire Types, the idea doesn’t overwhelm. A range of alternate letters were designed to allow for a level of mixing in order to keep the visual language fresh and distinctive.