The design of Shire Types 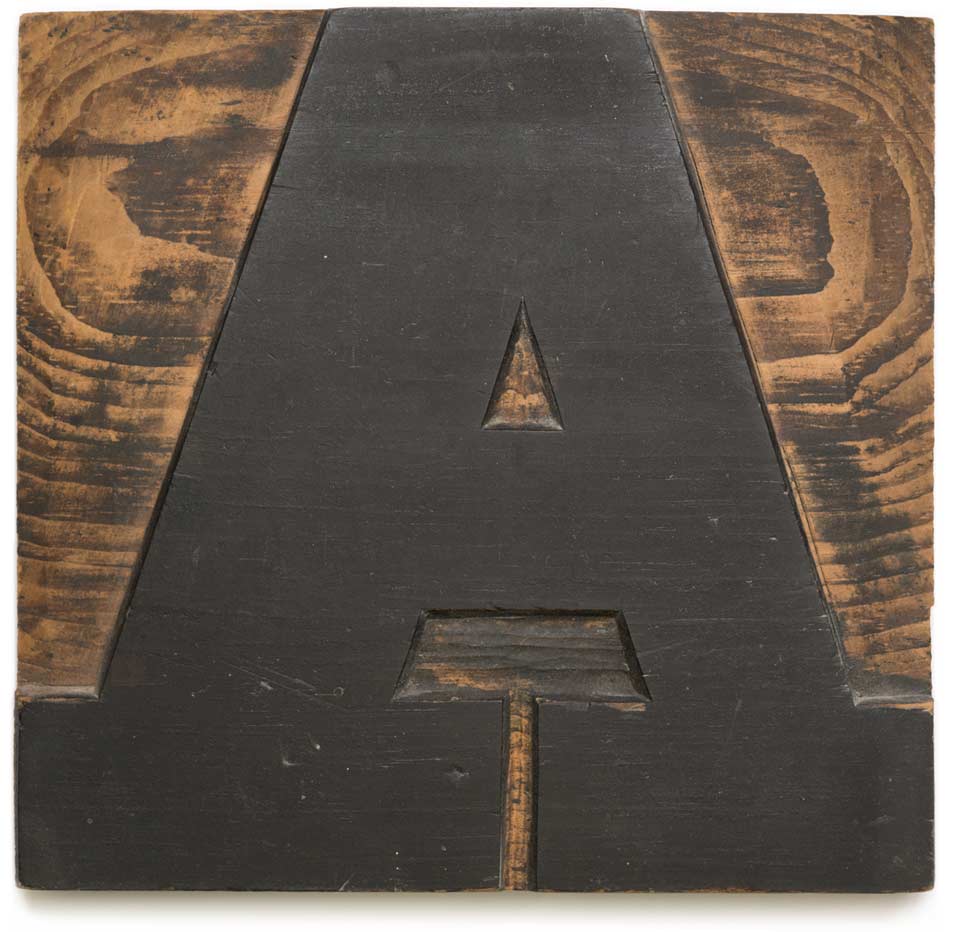 The concept behind the Shire Types was to create a dark and heavy, black letter that would make a dense tight textural mass when set.

Inspiration for the basic shapes came from the Grotesque and Egyptian lettering styles of the nineteenth century, especially the robust, heavier renditions. Not only poster types but also lettering cast in iron, painted on vehicles, shop fascias and street nameplates. 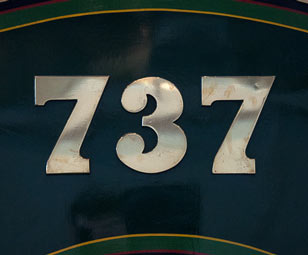 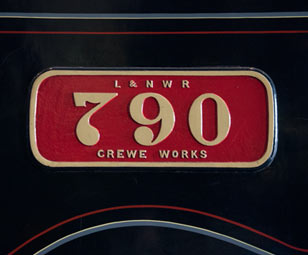 All these uses display the wealth of invention and diversity of lettering artists throughout Britain. The vigour and robustness of the forms belie their beauty. Once commonplace, many examples have disappeared with the changes in the typographic landscape. Occasionally seen at heritage fairs and museums they still command attention and excite the eye [figs 1—12]. 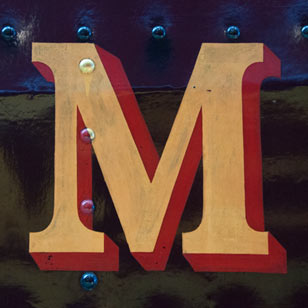 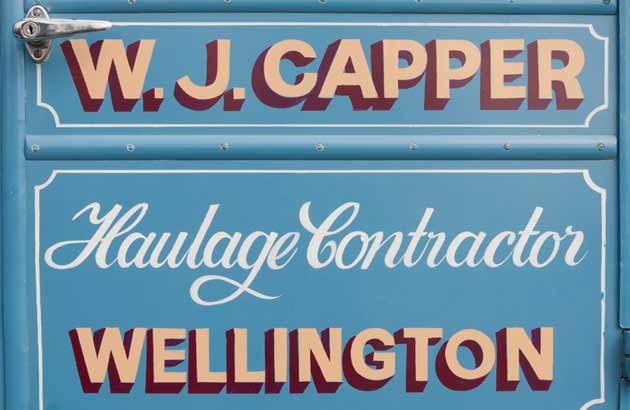 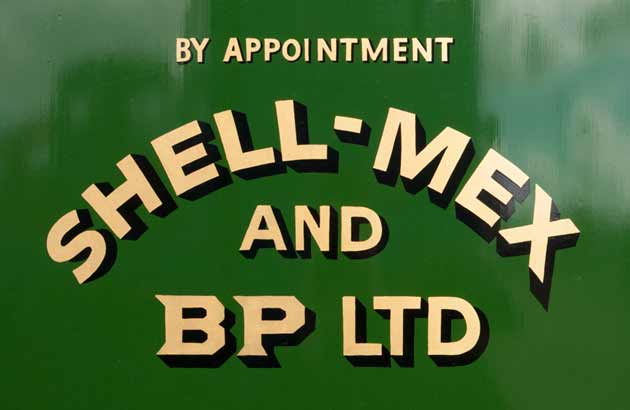 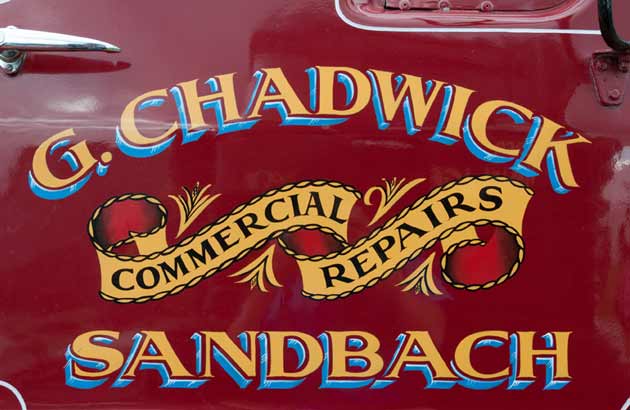 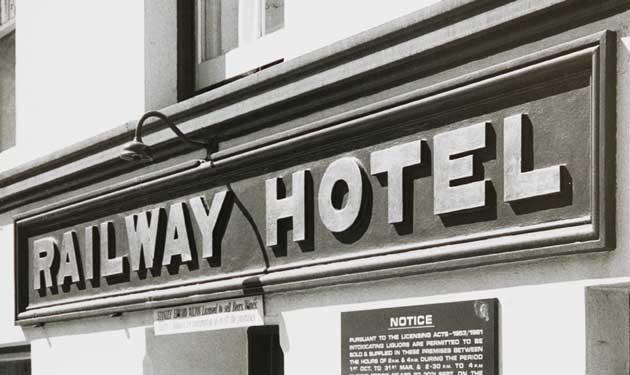 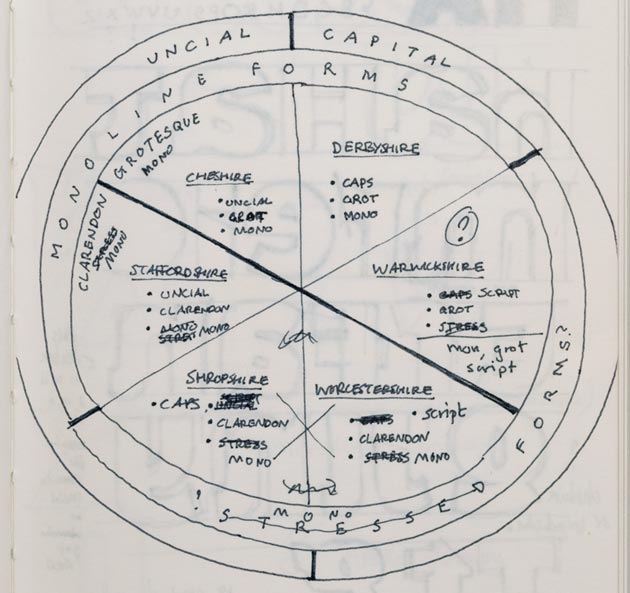 13. Developing the plan for the Shire Types

The naming of the family comes from the association between black as a typographic weight, and the Black Country as a collective term for the industrial heartland of England. The individual fonts take their names from six of the shires that are grouped together around this and its neighbouring rural areas [fig 13].

Two primary categories, sans and serif (more specifically Egyptian) lie behind the design of the family [figs 14, 15]. Both of these are further developed and interpreted through the use of unicase and script ideas. It was always the intention that the types could be used individually or mixed together. Some letters are constant across the designs, for instance the O and S are the same in all six fonts. This helps to tie the fonts together and maintain a consistent feel. Other letters have multiple designs such as the a which has six designs, one for each shire. 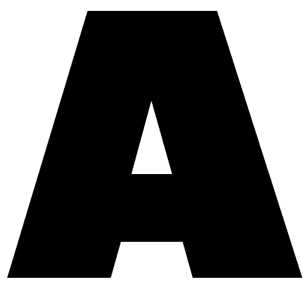 14. The sans serif A from the Derbyshire font 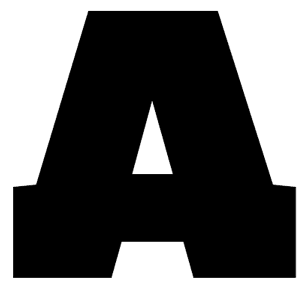 15. The Egyptian A from the Staffordshire font 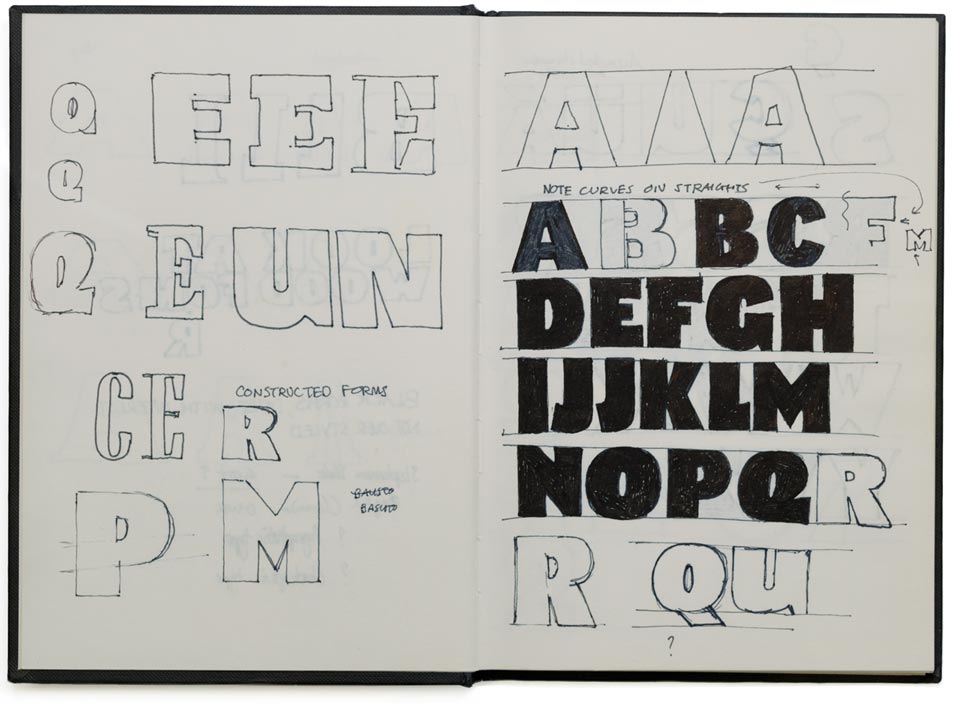 16. Early sketches for the black capitals of Derbyshire 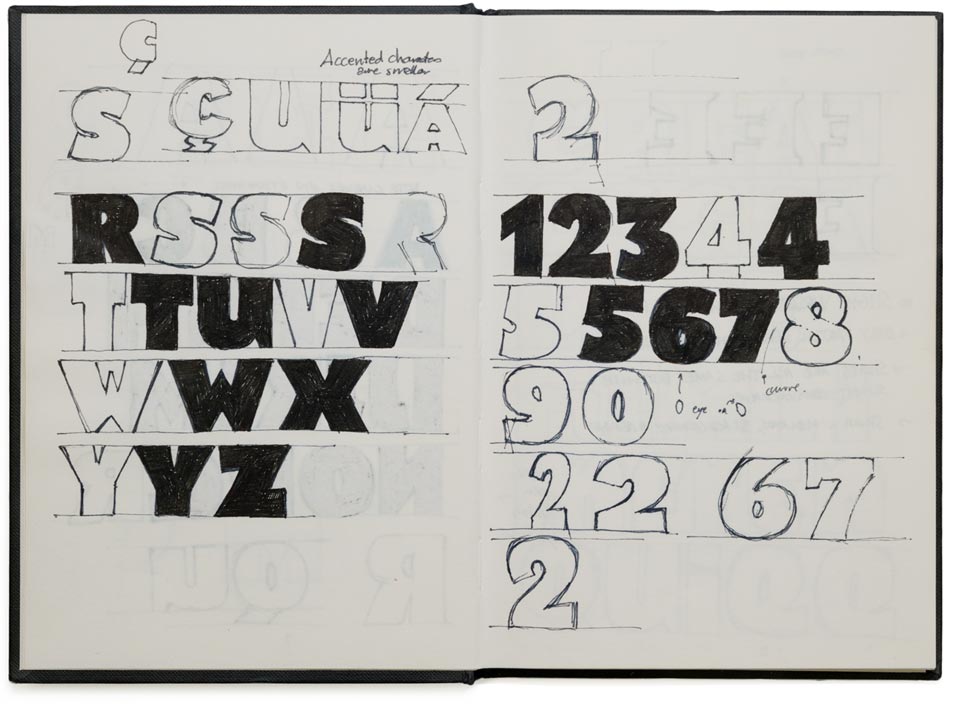 17. Initial look at how the accented letters reduce to fit the general letter height 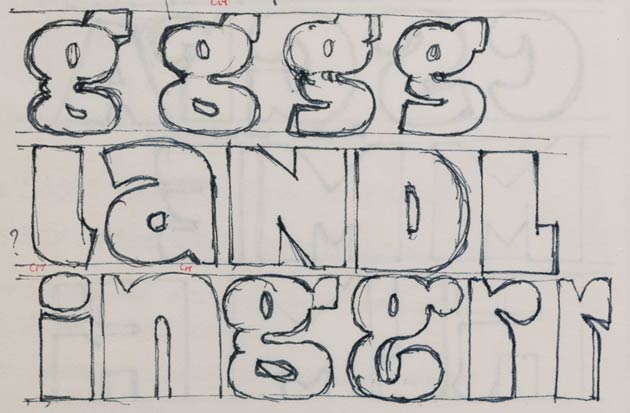 18. Lowercase letters that have ascenders and descenders had to be drawn to fit the same constant height, yet retain their individuality

There are no ascenders or descenders across all the Shire Types, every character fits to the same height [figs 16, 17, 18, 23]. This allows for very close setting of lines to create a dense textural block. It also makes interesting and unusual word shapes that are more apparent in languages which include accented characters [fig 17]. 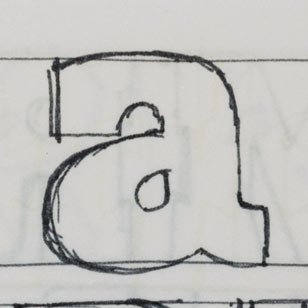 19. The lowercase a from Shropshire

20. Softer lowercase a from Warwickshire 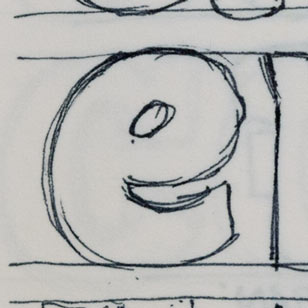 21. The ‘happy e’ from Warwickshire and Worcestershire 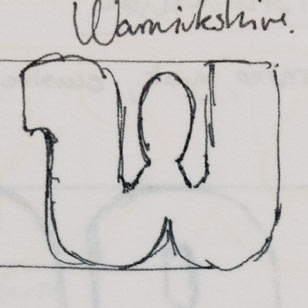 The strong personality of the type family is explored through interpretations of the landscape and histories of the various shires. Derbyshire and Staffordshire use only capital letters, and have industrial strength [figs 14, 15]. Cheshire and Shropshire are close to Wales and incorporate historical ideas of mixing capitals and lowercase letters to give a more uncial feel [figs 18, 19, 23]. Warwickshire and Worcestershire are more rural, these types echo the rolling hills through the use of softer, rounder detailing inherited from more script-like letters [figs 20, 21, 22]. 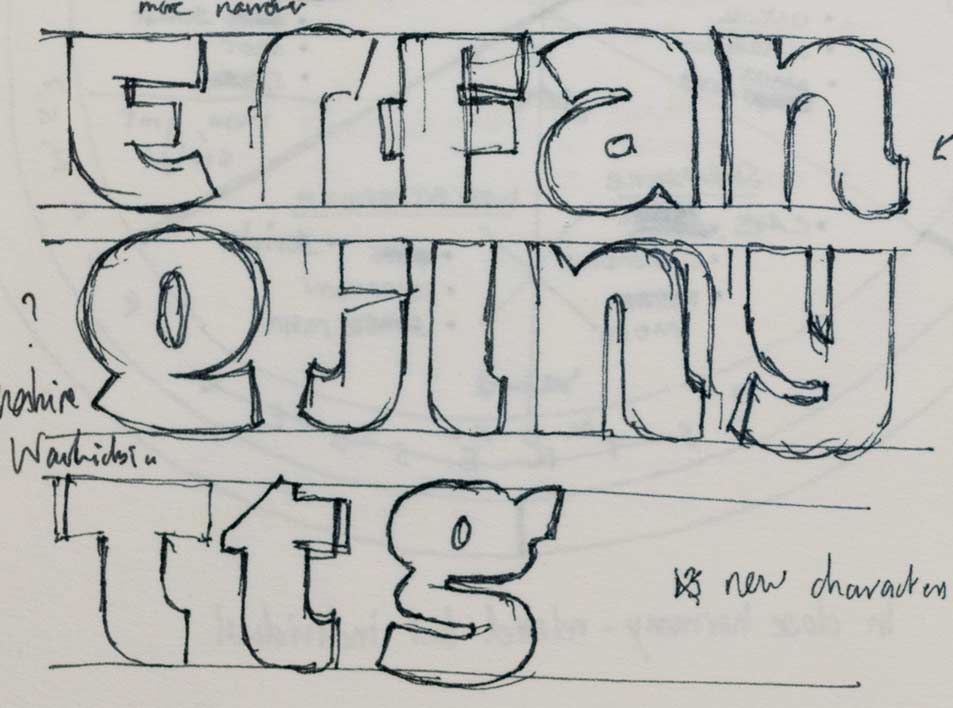 23. Letters were sketched and designed together which helped visualise the effects of mixing 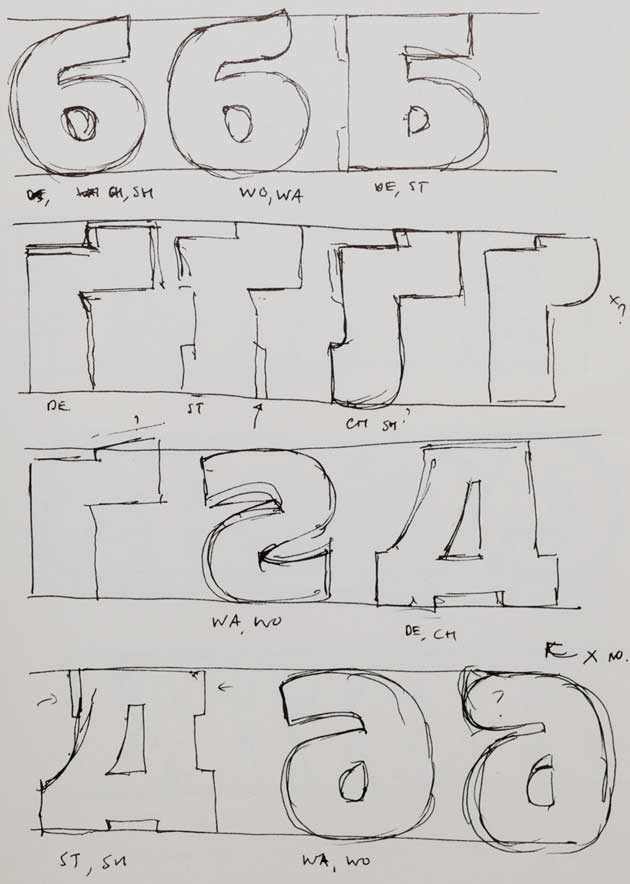 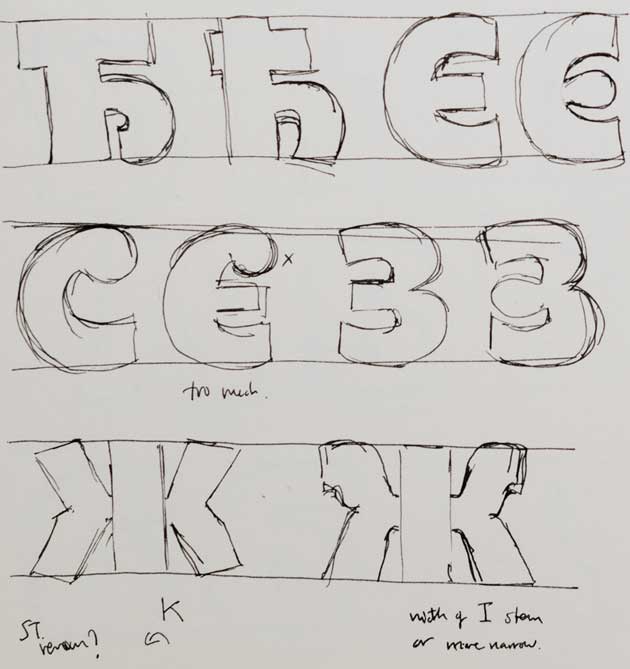 The tranquility of the Shires was disrupted by a commission to add Cyrillic and Greek versions. Augmenting the existing structure worked well resulting in many unique letter shapes designed in the spirit of the Shire Types [figs 24—28]. 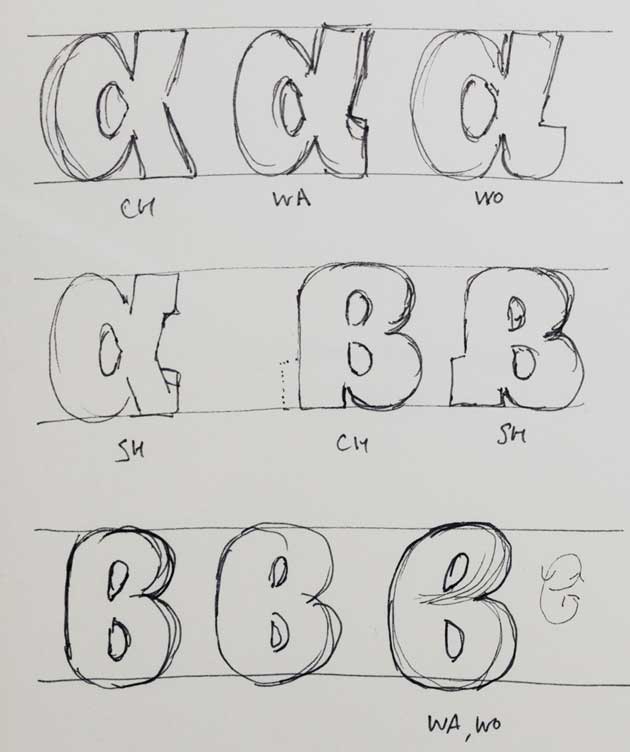 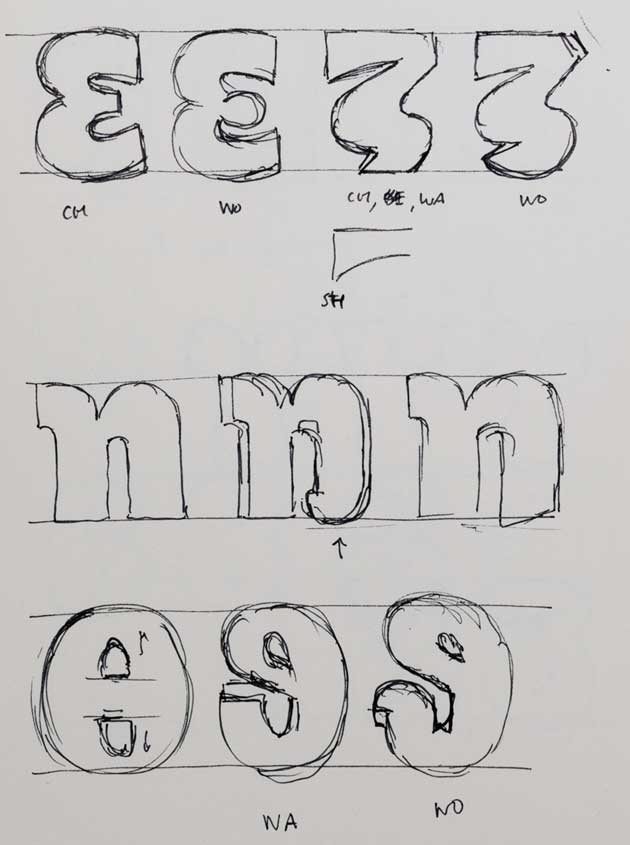 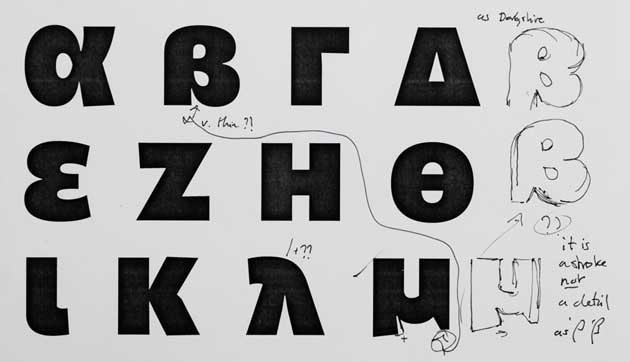 The creation of an Arabic compliment broke the logic though. It was designed in conjunction with the Arabic type designer Mourad Boutros. Mourad explained that Arabic needed ascenders and descenders, “they’re integral to the rhythm of the script.” Mind you we managed to compress the design as much as possible and still retain legibility and readability. As there are no capitals in Arabic, the character set incorporates various details from across the Shire family helping to maintain its idiosyncratic feel [figs 29, 30]. 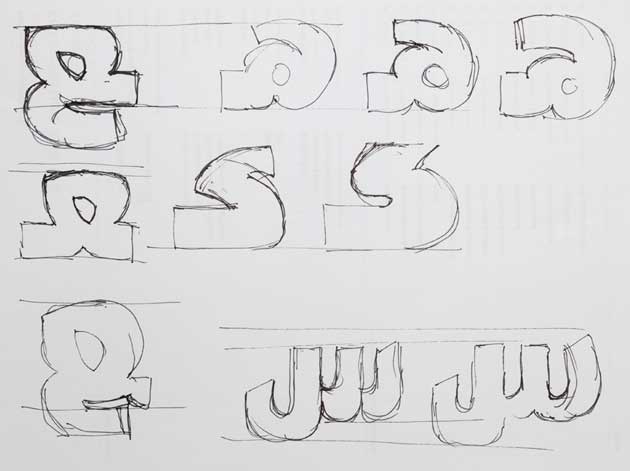 30. Working through alignment of Shire Arabic

Bartram, Alan. The English lettering tradition from 1700 to the present day, Lund Humphries, 1986