The design of Enigma 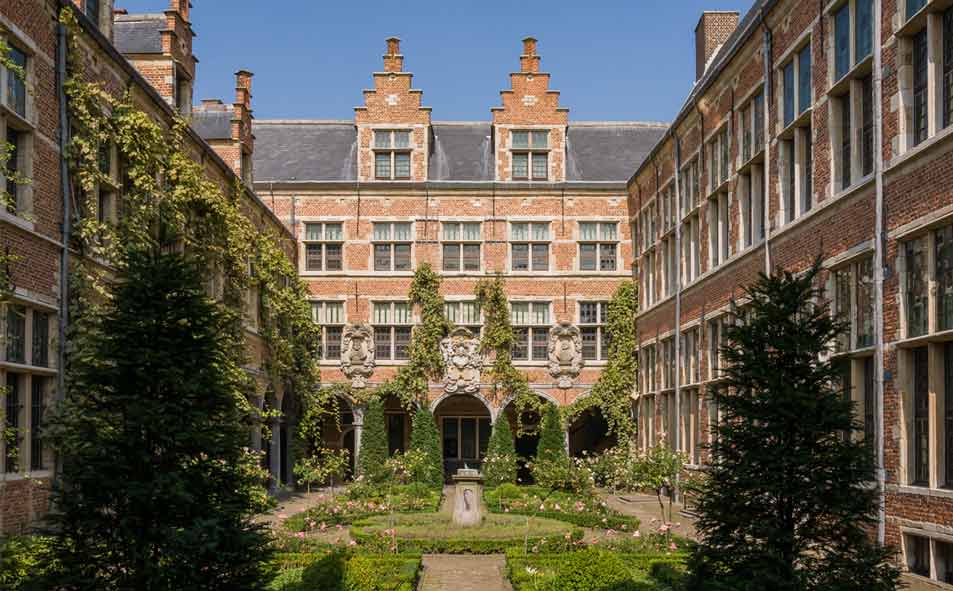 The Plantin-Moretus Museum is situated in the heart of Antwerp and is unique.

Along with the house and its contents there are also rooms and workshops that touch on all aspects of the book trade. In 1996 I spent a full day at the museum filling several pages of a sketchbook with notes referring to the many varied types on display [fig 1]. 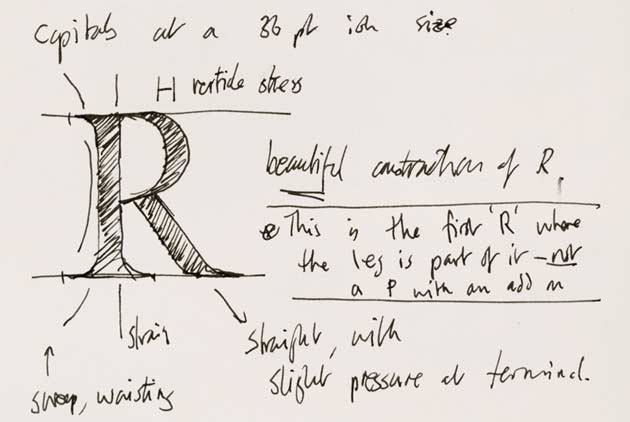 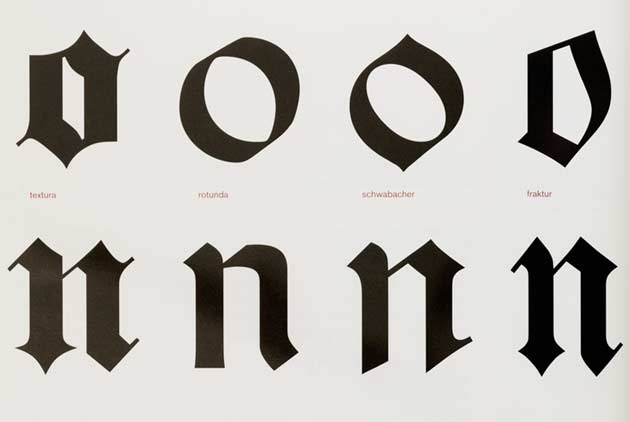 3. Simplicity of the rotunda letter seen against other gothic scripts. This image is a detail from Blackletter: type and national identity, Peter Bain and Paul Shaw

I was particularly enthralled by one capital R, the note I made reads “This is the first R where the leg is part of it – not a P with an add on” [fig 2]. Other notes made at the time refer to the possibility of blending Roman and Gothic styles and any similarities of stroke weight and construction between the two. Of the various broken scripts it was the rotunda that best fitted ideas of blending with roman. Rotunda is visually less fussy and ‘gothic’ in appearance [fig 3]. 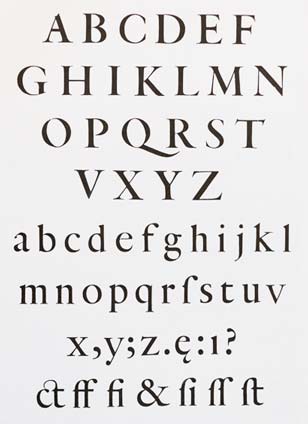 I was also impressed by the work of Hendrik van den Keere, especially the Groot Canon roman of c.1570 [fig 4]. It was a good type to catch my eye as further study told me that van den Keere’s heavy, narrow romans with their large x-heights are accepted as a major innovation. It’s also probable that their weight and proportion were arrived at to be more like those of the texturas. It’s certainly true that van den Keere’s romans influenced future Dutch types and in turn, those of England. 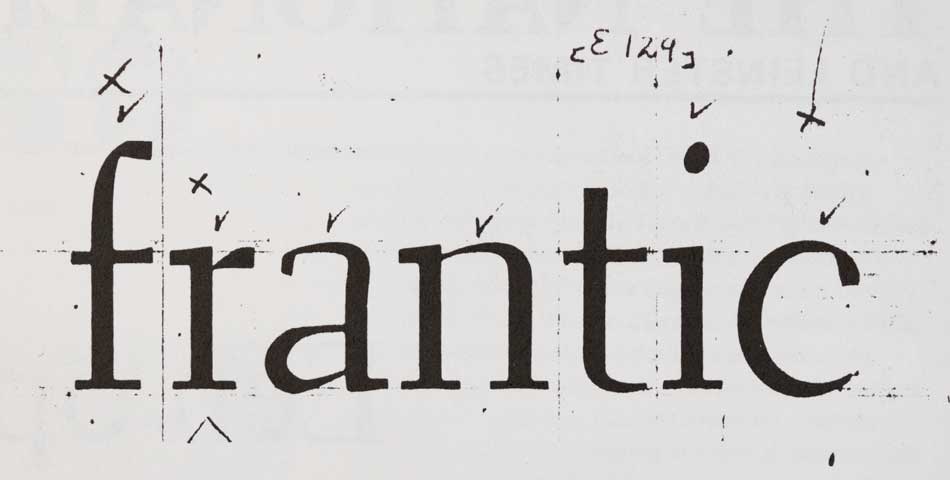 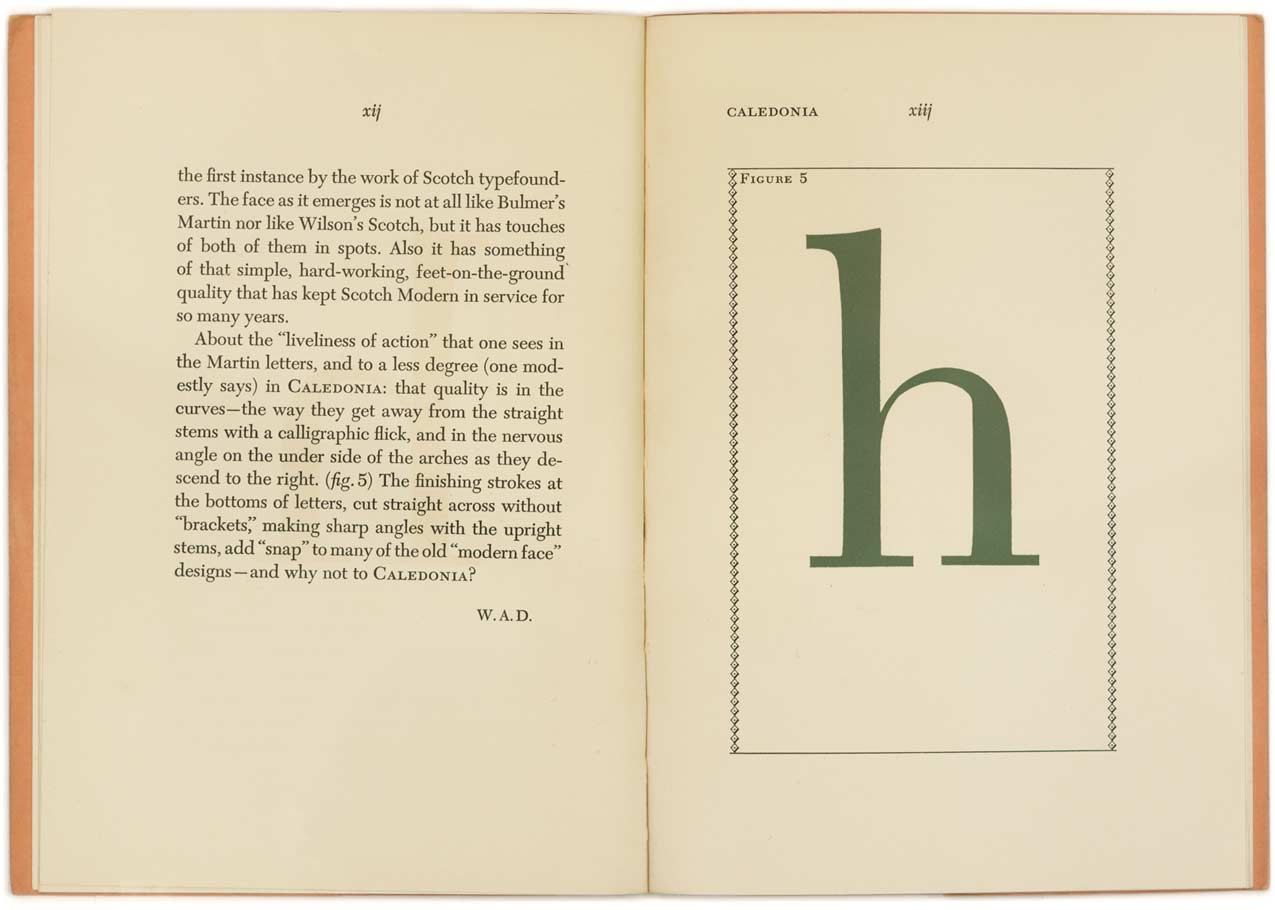 During this time I was also looking at the work of William Addison Dwiggins. As well as his skills as a type designer he was also known for his marionettes. One story goes that whilst cutting marionette faces, Dwiggins observed that soft features were perceived better by an audience if they were cut with hard planes and sharp corners. The defined edges picked up the light more and cast better shadows which helped definition. He incorporated this idea in his type designs by adding a cut to the internal edge of a curve in an attempt to improve clarity and legibility. This gave rise to the often discussed ‘M-theory’ – M for marionette. It’s all very seductive and makes for good reading. The h from his 1939 typeface, Caledonia, shows the cut on the inside of the curve [fig 6].

There are some early sketches from 1996 of what became Enigma, but work didn’t start properly until May 1998 when my initial ideas were developed. One of the key features of Enigma is the top serif, or entry stroke, of the lowercase n which is directly inspired by the same detail found in the rotunda letter style. This detail is reworked and incorporated into m, p, r and flipped to the base in a and u. Another feature is the internal cut seen in c and f, which was emphasised and used in a similar way as Dwiggins. In the design of his Electra typeface of 1935, Dwiggins wanted to reflect the modernity, snap and speed of the age, to “take your curves and stream-line ’em”. He did this by using high arches with flatter curves which emphasised the horizontal [figs 5]. 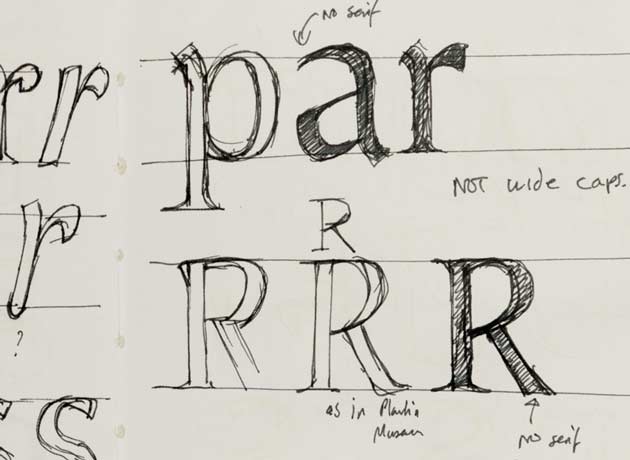 The capital R that so captivated me at the Plantin-Moretus Museum makes a return [figs 7, 8]. Its swooping bowl and leg being the base for Enigma’s R, though its leg swells and has no serif. This detail is also applied to K and k. Another feature is the f and t with their flipped crossbars. Development and testing reduced some overly zealous use of features resulting in a tighter character set. It’s easy to run an idea into the ground and kill it altogether. Details and ideas work best when they’re used sparingly and in conjunction with other ideas. It’s important to build up a palette of features that contribute across a typeface. 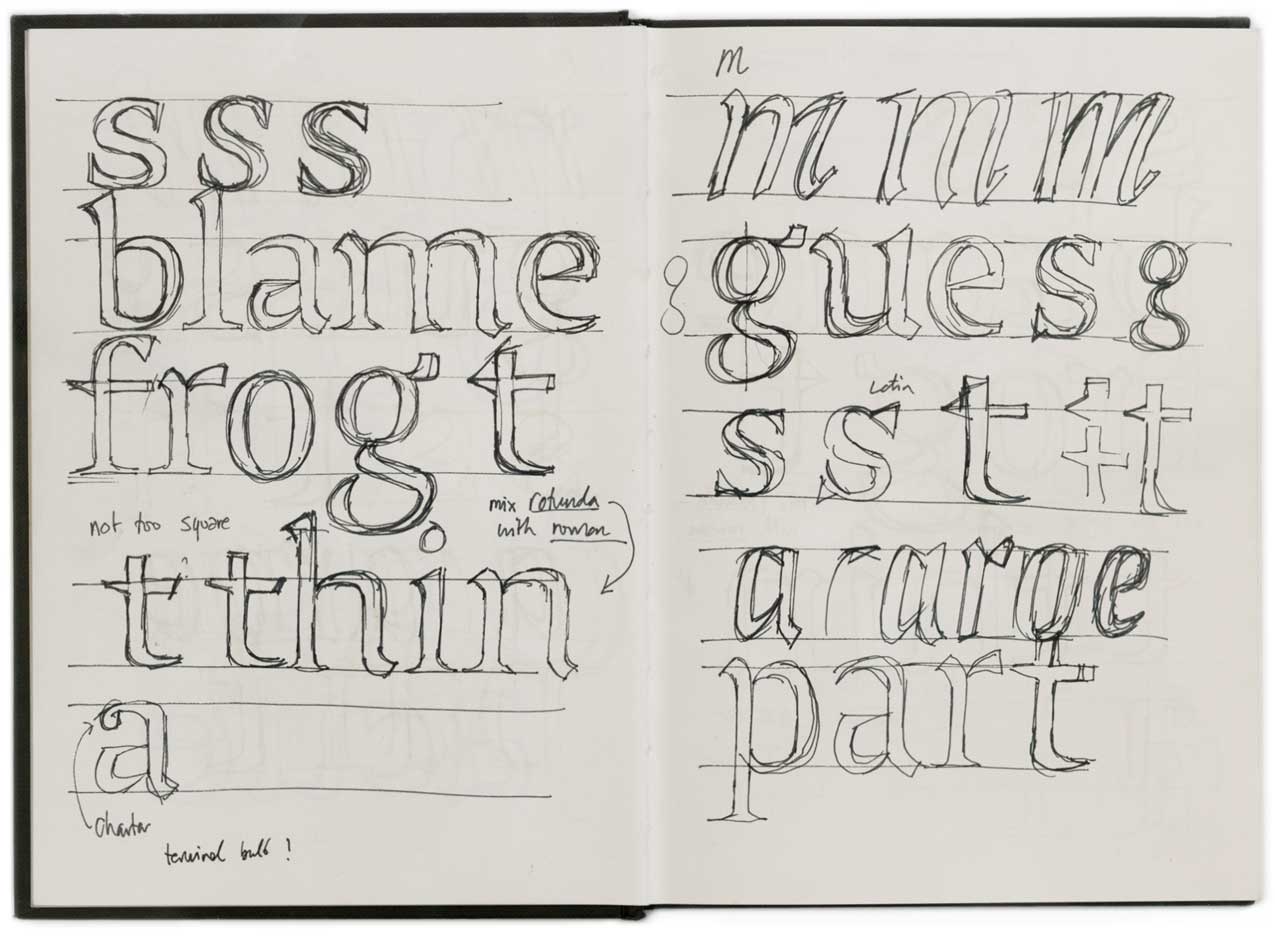 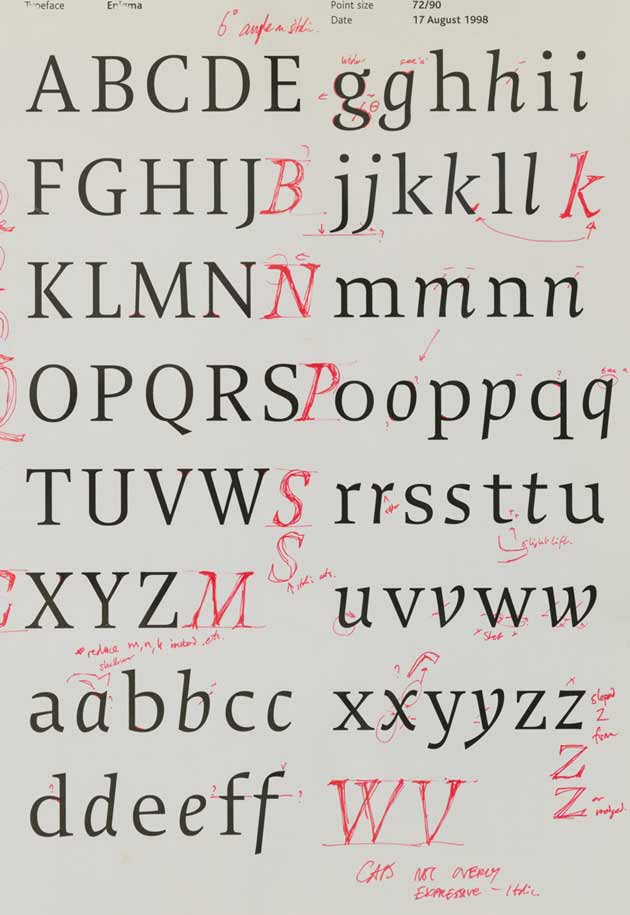 10. Stage development of roman and italic 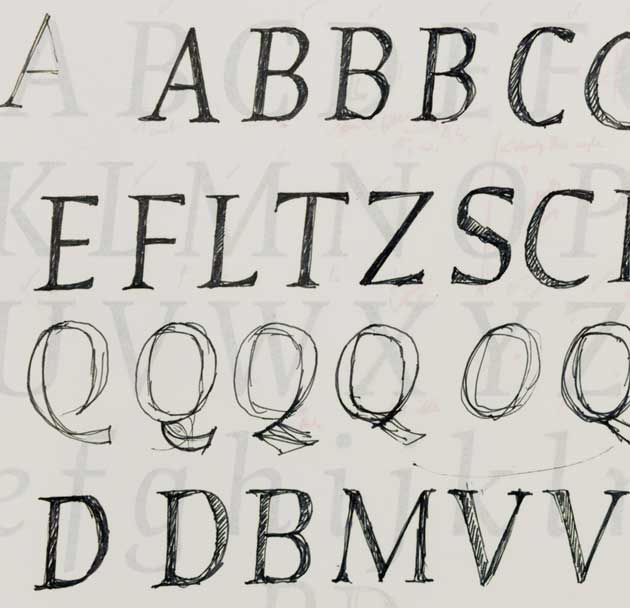 Generally the italic capitals follow their roman shape [fig 11]. However, wedges are used on horizontal stems instead of serifs. This detail was developed from a similar feature seen on several lowercase letters where the vertical stems flares at its base. Also, the internal cuts to curves are used to a greater extent in the italic than in the roman. 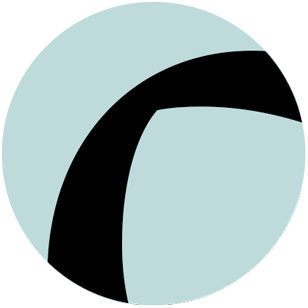 When first published in 1999, Enigma only comprised of four fonts (Regular, Italic, Bold and Bold Italic). In 2013 the family was expanded with the addition of Light and Heavy weights as well as new Display and Fine cuts which push the contrast of the overall Enigma design.

As part of this development several users of Enigma were asked for feedback on the current design. The feedback resulted in the overly narrow proportion of the original capitals being addressed, the bullet point made larger and the superiors redesigned and repositioned. The new Heavy weights work particularly well in the Text fonts where the chunkiness of their detailing makes for strong and powerful word shapes. Whilst in the new Fine cuts, the letters really reflect their rotunda origin.