The design of Bliss

The ideas Johnston put forward, both in this book and in his lectures, were to inspire a revival of interest in calligraphy and to inform the wider fields of lettering and type [fig 1]. One of Johnston’s ideas was a belief that a block sans serif form could be made more harmonious and acceptable if it were derived from the proportions of the Roman Square capital letter. His concept of the ‘Essential Forms’ of letters underpins the structure of Bliss. 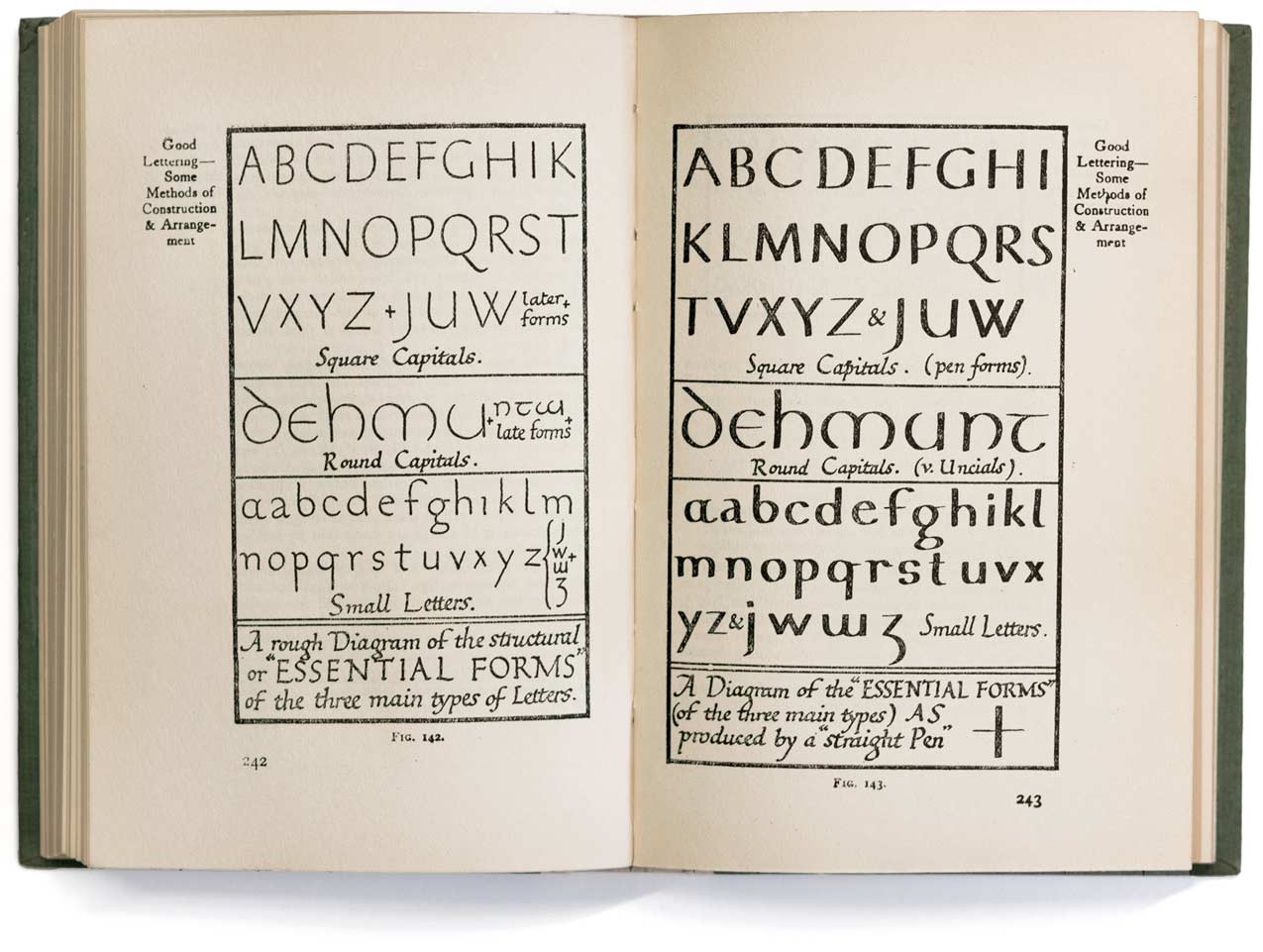 During the early stages of Bliss five different typefaces were studied; Johnston’s Underground, Gill Sans, the Transport typeface, Syntax and Frutiger. With the creation of the Underground typeface, Johnston put into practice his ideas of a linear block sans serif [fig 2]. Eric Gill, a friend and collaborator of Johnston, draws heavily on Johnston’s example for his own Gill Sans of c.1928 [fig 3]. Transport, designed for the Department of Transport, utilises features and ideas from Johnston and Gill as well as concepts found in some of the continental type forms of the 1950s – such as the single bowl form of the g [fig 4]. Its designers, Jock Kinneir and Margaret Calvert, also worked hard to avoid ambiguity between characters sharing similar basic forms. 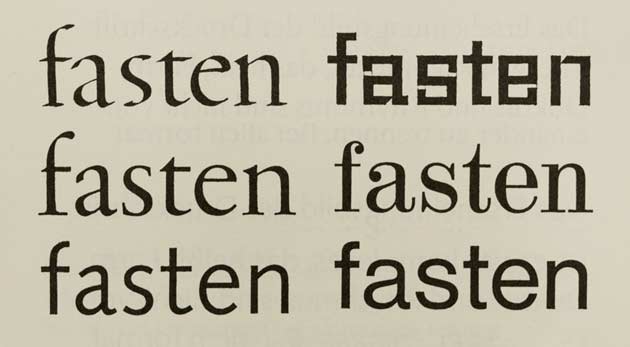 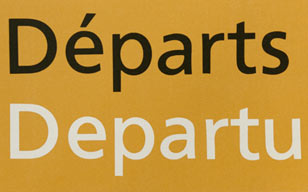 Hans Eduard Meier developed the idea of a ‘dynamic structure’ within the normally rigid forms of a sans serif type [fig 5]. His Syntax typeface is drawn over the structure of an Old Face letter, where the shapes possess the rhythmic quality of the pen. As with Gill Sans, Syntax has humanistic subtleties of proportion together with weighted shading and open forms, but differs in that it has oblique terminals to the stokes. The result is an energetic letter influenced by the ductus of the pen.

Adrian Frutiger developed his eponymous typeface Frutiger from his previous design of a legible signage typeface for Roissy airport in France [fig 6]. Looking at the optics of letters seen at a distance, it became obvious that the forms had to be open, making them individually more readable and resulting in clearer word shapes. 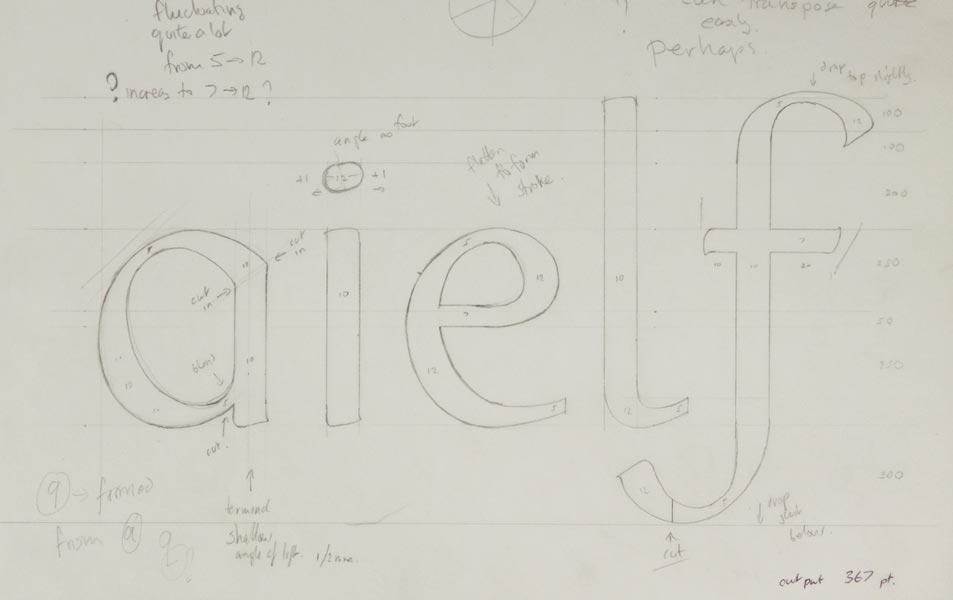 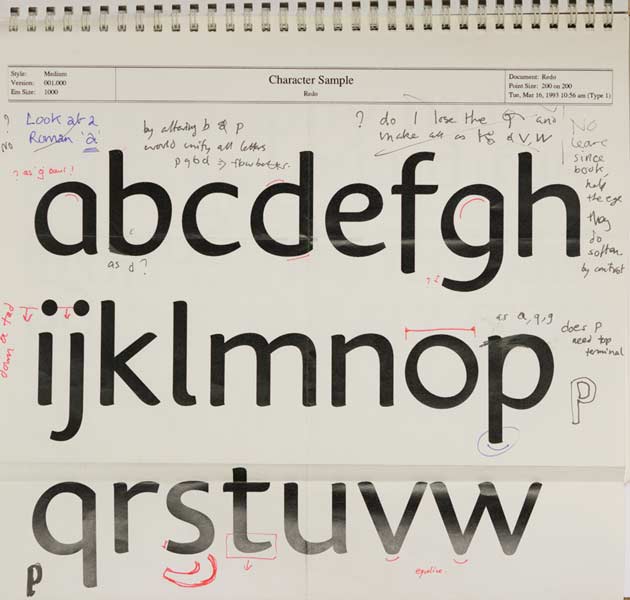 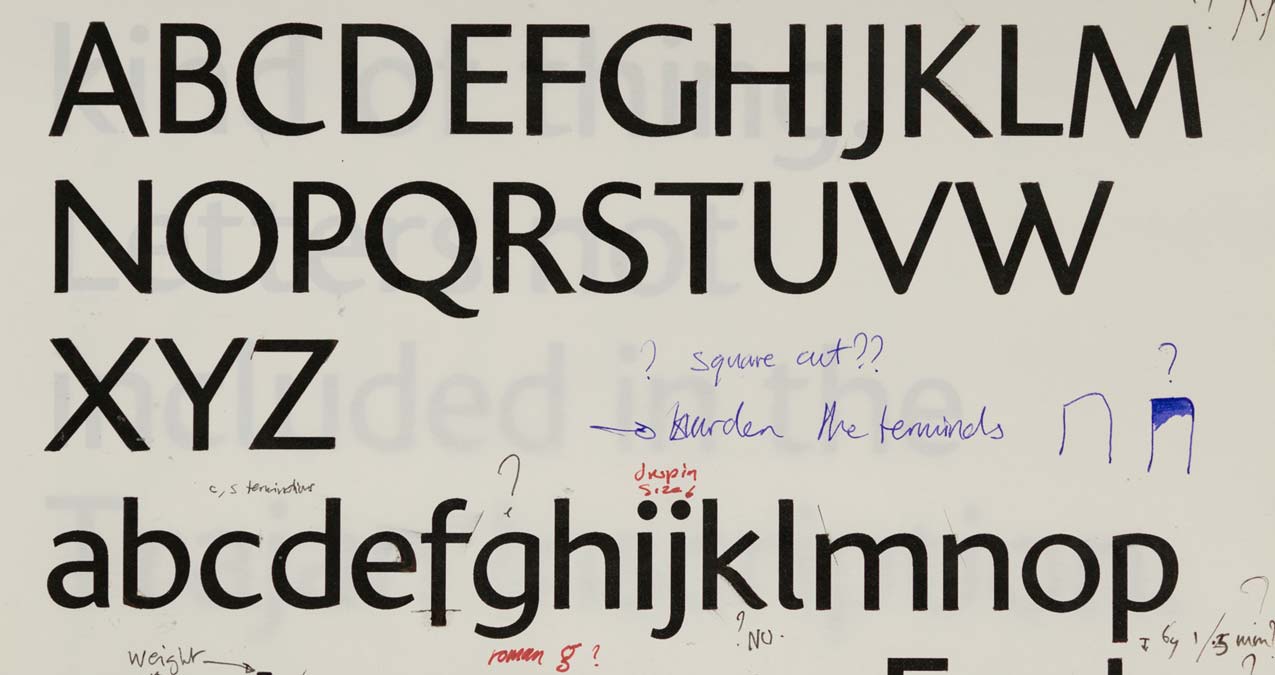 Many of the ideas and details seen in these typefaces played their part in the design development of Bliss. Letter shapes were chosen for their simplicity, legibility and ‘Englishness’ (where forms are typically softer, more flowing and generous in their curves). The lowercase letters demonstrate some of these ideas, such as the lowercase l which differentiates itself with a curved foot at its base, and the humanist two-bowled g that’s typically found in English sans serif designs from 19th to mid 20th centuries [figs 8, 9, 10, 11]. In contrast to the 19th century tradition of grotesque sans serifs, where the proportions of the capitals tend to be even, the proportions of Bliss show the influence of the Roman Square capital. Here the A to Z show a variety of widths, such as a narrow E and wide O [fig 9]. As well as letter proportion, the details seen in the stroke terminals help to establish the personality of Bliss. Horizontal top strokes of E F T and Z have oblique cuts that are balanced by the same detail in the rounded lower strokes of C J Q and S. The lowercase also continues this straight and curved stroke terminal detailing [fig 9]. 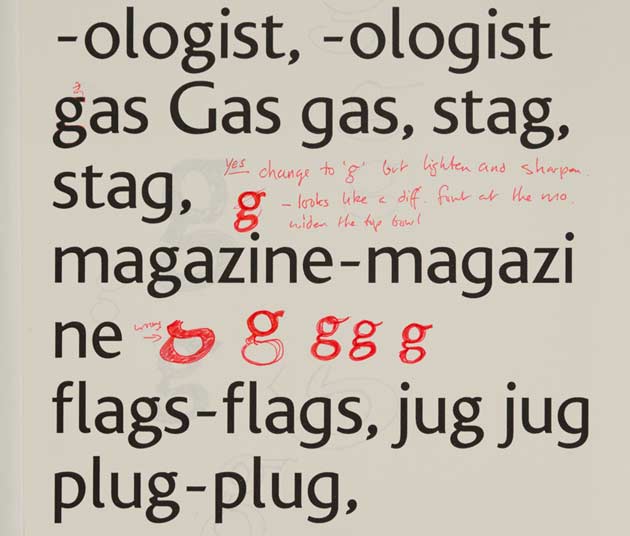 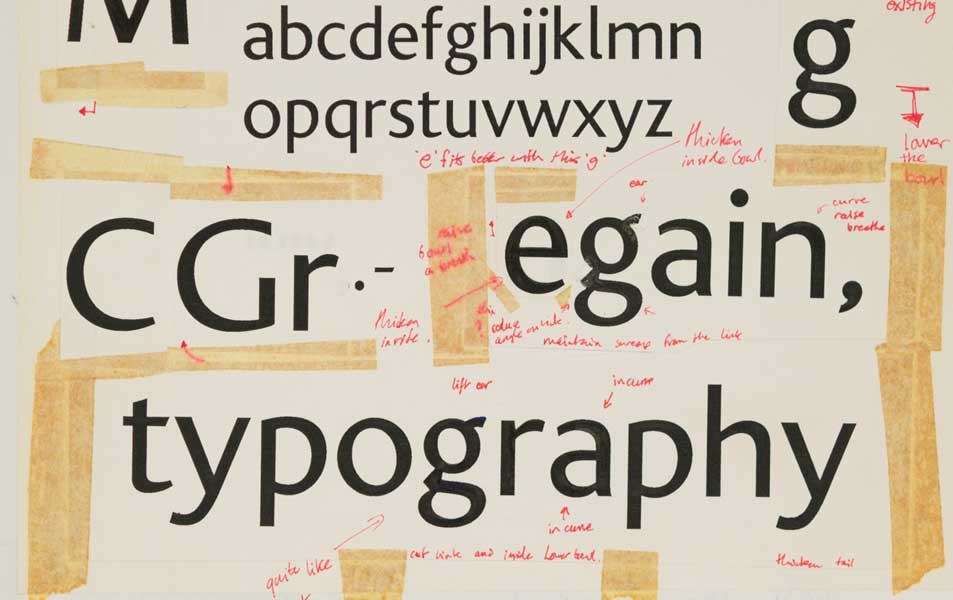 The influence of Meier’s dynamic structure is found in the lowercase of Bliss, where the letters possess a more natural feel and flow. This can be seen in the arch of n which push to the right. The compliment italic of Bliss follows a more flowing structure reminiscent of its written ancestor. Here the branching stroke springs from the stem in a continuous line, unlike the roman which is a broken line [figs 12, 13, 14]. Traditionally the a e f and g of a cursive type follow the distinct shapes of italic handwriting which are different to their roman versions. However, the a and e are sloped in Bliss which help to maintain a stronger, more assertive appearance. The f and g though are derived from cursive shapes and are included to enhance the rhythm and flow found across the italic lowercase [fig 15]. 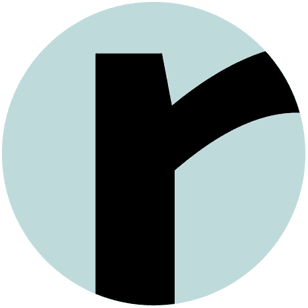 12. In the roman, the arch makes a definite junction as it connects to the stem 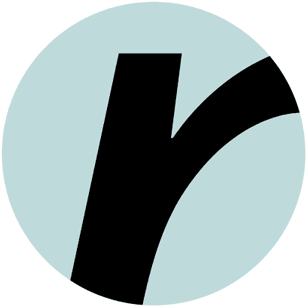 13. In the italic, the arch branches smoothly from the stem 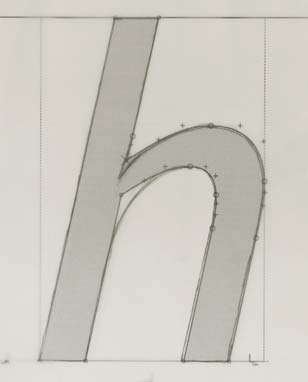 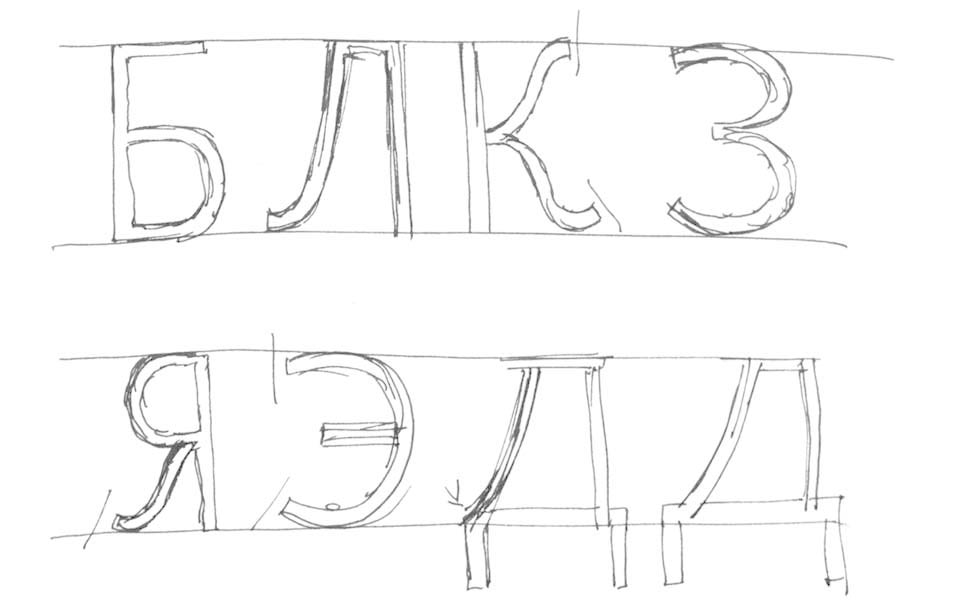 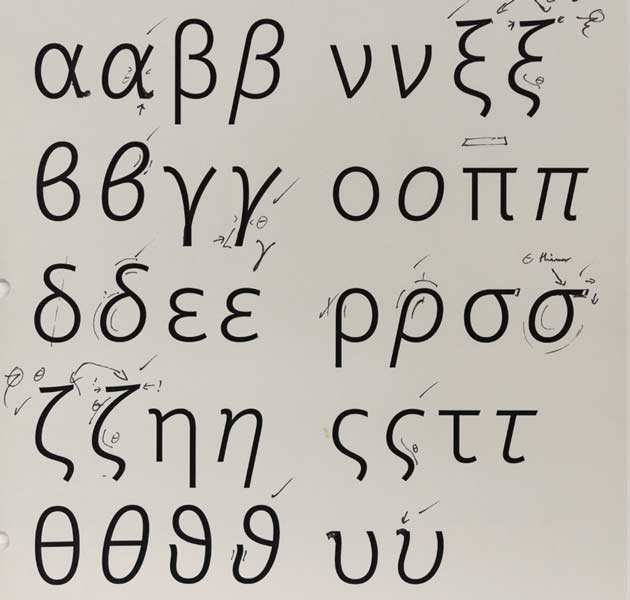 Bliss was originally released in 1996 as a six weight family. ExtraLight was added five years later together with an expanded character set to include Central European languages. In 2004 Bliss was upgraded to the OpenType format and 2006 brought another expansion with Greek and Cyrillic scripts added across the whole family. All three scripts share, in part, a common heritage, this can easily be seen through common characters especially in the capitals. The lowercase though differs quite extensively. Greek lowercase letters are all unique shapes specific to the Greek language. and retain their written heritage as they developed along a different route to that of Latin. The only shared letter shape is the omicron (the Latin lowercase o) [figs 16, 17]. The Cyrillic lowercase makes use of several characters found in Latin, whilst others appear to be derived from elements found in Latin letters in an almost constructed manner. While this visual continuity can help to harmonise the three scripts across the design of a typeface, it can also make it difficult to maintain the individual integrity of each script. It needs to be remembered that each script has its own rhythm and structure; forcing the principles of Latin into either Greek or Cyrillic will not necessarily result in a successful character set. 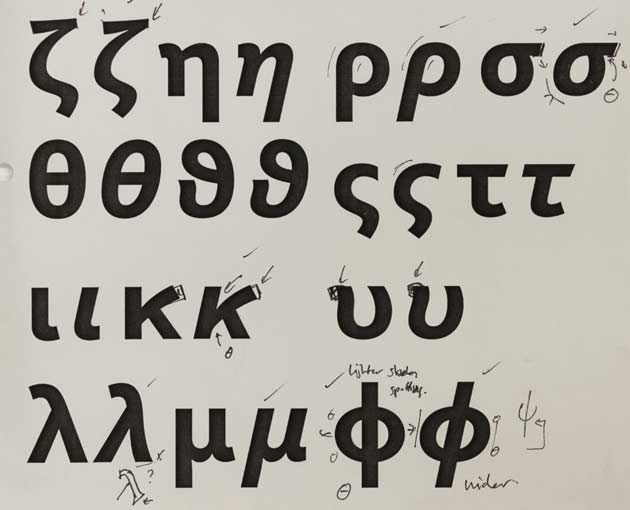